One person hurt in fire at Camdenton auto shop 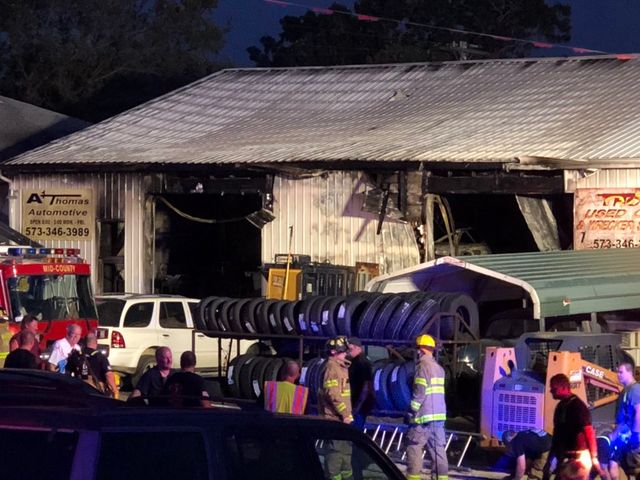 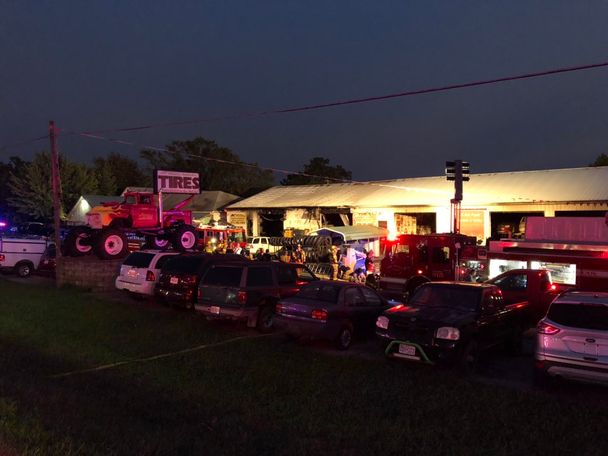 The Mid-County Fire Protection District believes the fire was accidentally started while an employee was working on a car. Photo courtesy: Andrew Havranek, KY3 Reporter 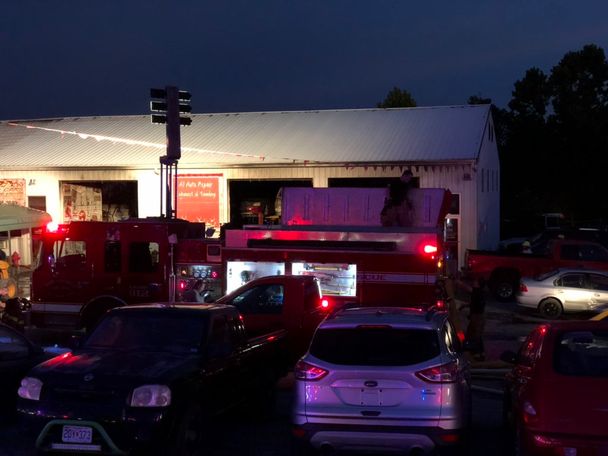 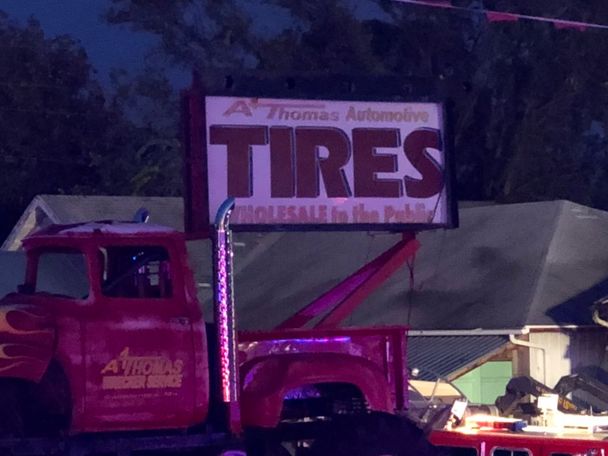 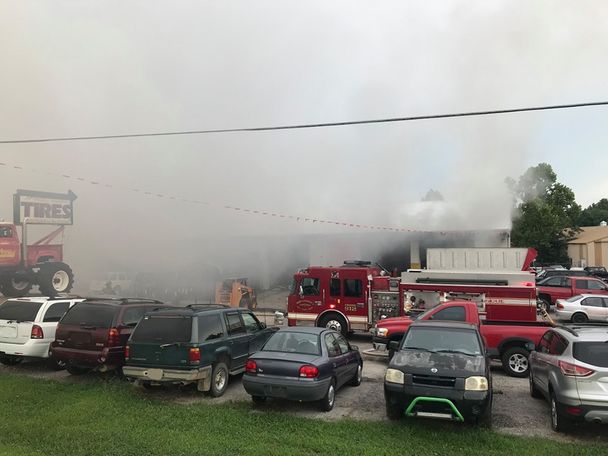 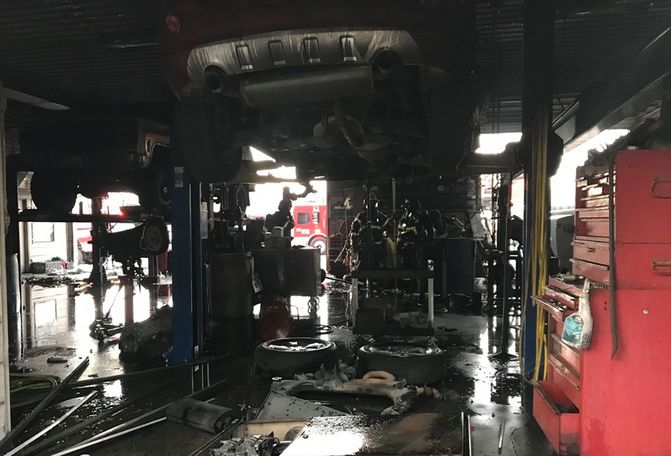 CAMDENTON - One person has minor burns after a fire Tuesday evening at an auto shop in Camdenton.

According to KY3, the fire started just before 7 p.m. at the A-1 Thomas Auto Repair shop on Business Route 5.

Firefighters were on the scene in two minutes, and saw two of the garage bays covered in fire. It spread through the garage and left behind heavy damage.

The Mid-County Fire Protection District Chief Scott Frandsen said the fire started by accident, while an employee was working on a car.

Frandsen said around six cars were in the shop, but wasn't sure how many were severely damaged. Osage Beach, Sunrise Beach, Lebanon and Lake Ozark Fire Protection Districts crews helped in the response.

"The heat conditions we've had with the excessive heat, you know, we have to give firefighters frequent breaks because they're in their bunker gear. That, coupled with the size of the fire, yeah, we did call a lot of resources early," Frandsen said.

Firefighters will remain on the scene to make sure nothing in the shop rekindles overnight.

The man who was hurt declined treatment and is expected to be okay.