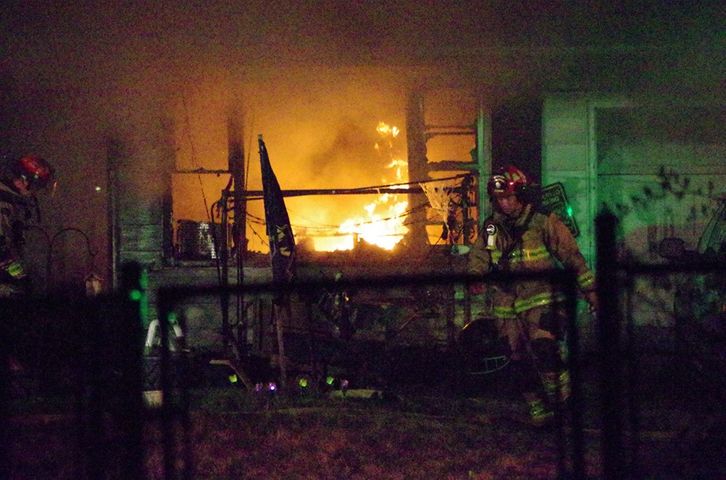 KOMU 8 News viewer John Thomas submitted this photo. He said it was clear the fire had engulfed the interior of the house. 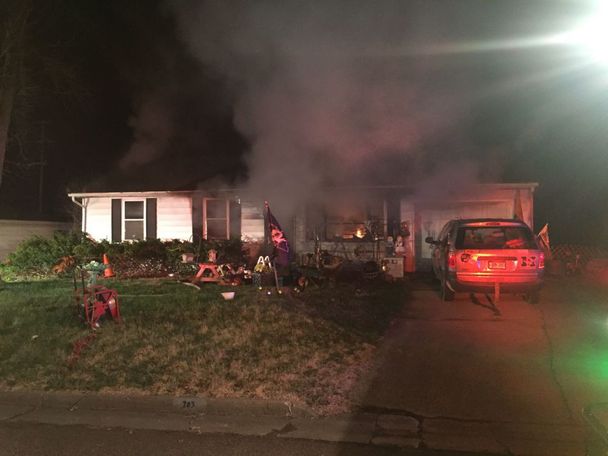 Reporter Nick Yahl took this photo of the scene as the home was still smoldering. 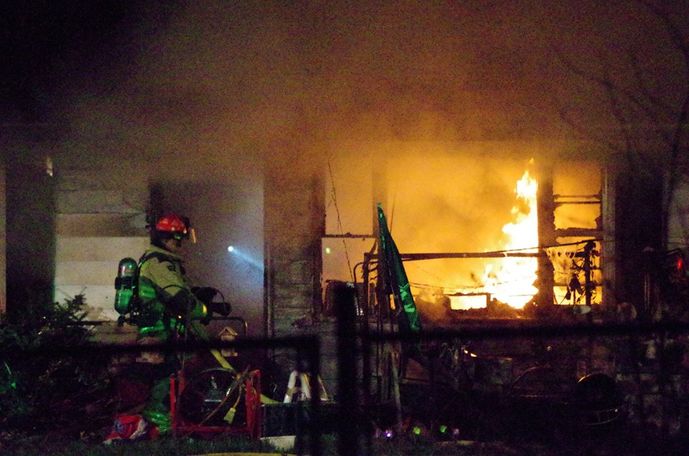 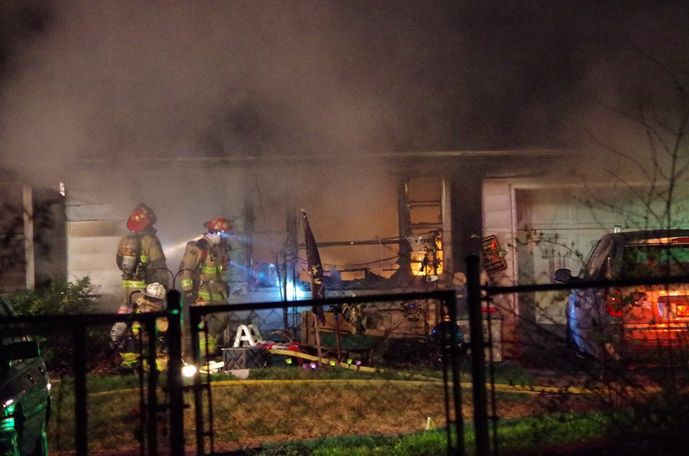 KOMU 8 News viewer John Thomas, who submitted this photo, said he was "amazed at how quickly and quietly the fire crew was able to put out the fire."

COLUMBIA – One person was in the hospital Monday morning after a fire damaged a home.

KOMU 8 News viewer John Thomas, who submitted the photos in the gallery above, said the fire happened "very fast."

"At one point, all of the home’s windows were glowing brightly - and you could tell the fire had engulfed the interior of the house," he said.

Columbia Fire Captain Lisa Todd said the fire department got a call about a fire on Ruby Lane at 1:25 Monday morning. Todd said the caller reported seeing flames showing from the home.

Thomas said, "I was amazed at how quickly and quietly the fire crew was able to put out the fire. The flames tried coming back a few times."

The Columbia Fire Department said one person was inside the home when the fire started had got mild to moderate burns. An ambulance took the person to the hospital.

Todd said there was one pet inside the home that died during the fire.

The fire department said it was still investigating the cause of  the fire Monday morning and a damage estimate had not been determined.

Columbia Fire is finishing putting out a house fire on Ruby Ln. In Columbia. @KOMUnews pic.twitter.com/arN1FEcw25