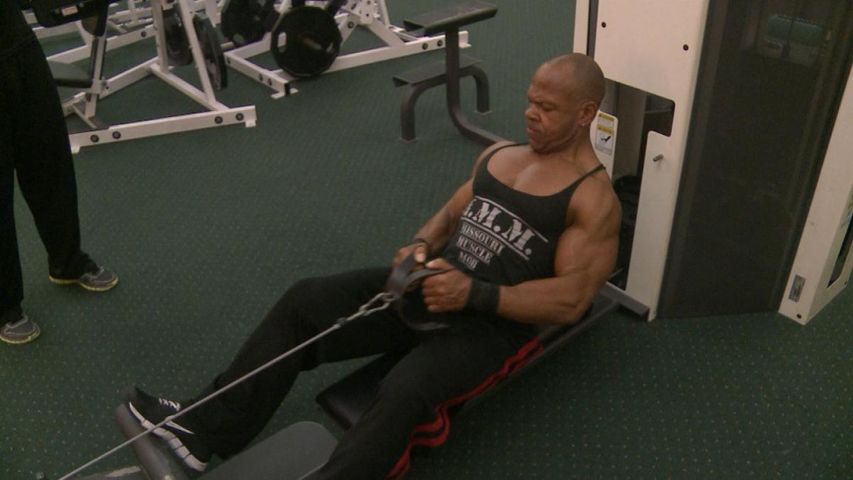 "When I was a kid I was a little obese, I was very obese actually," Glasgow said. "I weighed like 250 pounds with a 44-inch waistline, but I had an athletic heart. I knew I wanted to be an athlete and I just to figure out how to get there. Weight training at first was a way for me to actually lose weight and become more athletic."

And from there it became so much more.

"The first time I stepped on stage I knew that this was what I was meant to do," Glasgow said.

Ted has become an inspiration and mentor for one young man.

"I think the first moment I realized that I wanted to start lifting weights seriously was the first time I saw Ted working out in the gym," said Ted's student an work out partner Cory Shikles.

Cory Shikles participated in his first body building competition during Saturday's exhibition meet at Key Largo Fitness and says he will continue with the sport.

"I needed something to release some of my anger problems and this was a good way to get it out without hurting friends, family, somebody like that," Shikles said.

Ted and Cory lift around five tons in an average workout.

"This is such a tough sport that if you don't really want to do it you aren't going to succeed," Glasgow said. "And you have to have discipline so everything has to be done precisely, you eat at a certain time, you work out, you do your cardio, and it has to be done on a regular basis."

Body building is not just about lifting or cardio.

"No McDonalds. When I get ready for a show I have eight foods," Glasgow said. "I'm eating chicken, I'm eating fish, I'm eating turkey, protein powder, spinach, cauliflower, and yogurt."

A rookie, a champion--two men working hard and eating right to compete in a sport they love.