One year after protests, police prepare for Homecoming parade safety 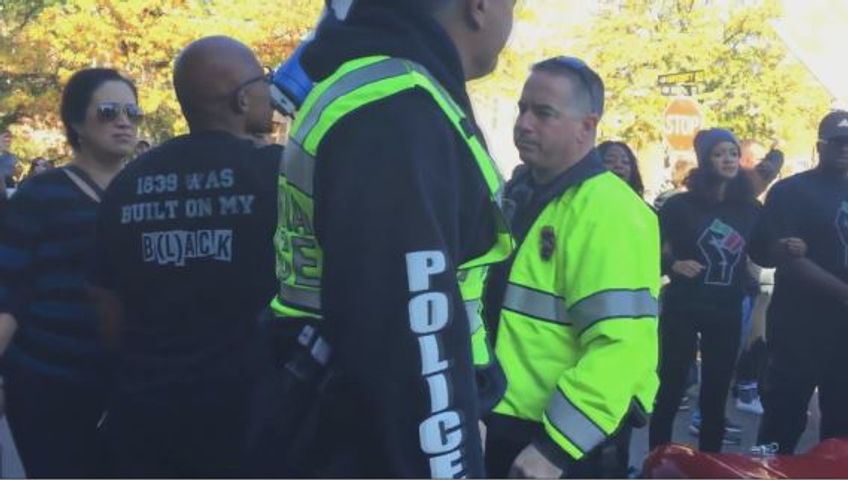 This year, Major Brian Weimer with MUPD said officers have been prepared to respond to protests or other actions intended to disrupt the parade route.

“There are operational plans in place for different things that may happen during the event that gives our officers guidance on how to handle it,” he said.

The plans are fluid and every instance depends on the facts and circumstances of the situation, he said.

The parade route flows between both MUPD and CPD jurisdiction and Weimer said the two departments will work together to ensure the safety of all attending.

He said if any disruption were to occur, it is best for parade-goers to distance themselves from the incident.

“Most importantly is just don’t get involved in the incident itself,” Weimer said. “Allow the officers to show up and do their job.”

Elle Miller, one of three MU Homecoming directors, said she doesn’t anticipate there being any issues along the parade route.

She said, in case of emergency, the steering committee has a plan to respond.

“We have communication through walkie talkies and cell phones and we’ve got kind of a control center to contact to be in direct communication with the police department to handle the issue,” Miller said.

Overall, she said she anticipates the parade to run smoothly.

“We’ve been in touch with MUPD and CPD about security and we’re going to trust them to handle the security,” Miller said. “We’re taking care of everything else and really optimistic that the parade is going to be successful this year.”

The Homecoming parade will begin Saturday at 9 a.m. For more information about the parade route, visit MU Homecoming's website.