One Year Later: Concerned Student 1950 member, other students speak out 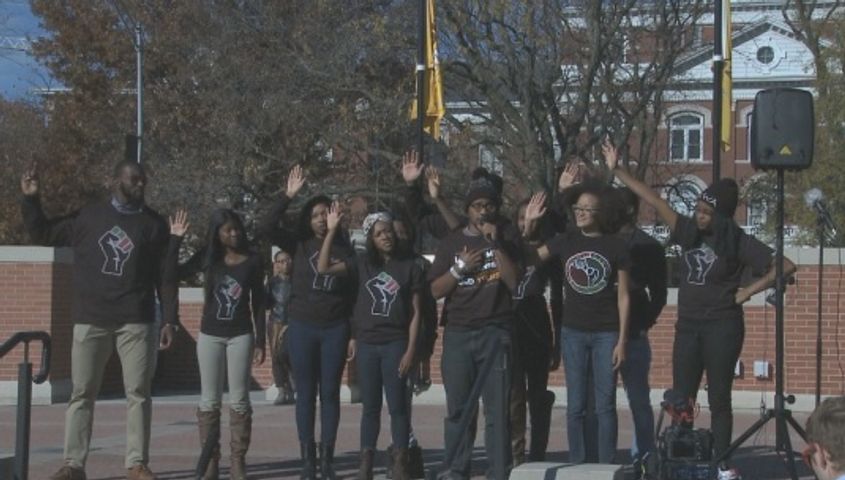 COLUMBIA - One year ago, students and staff gathered at Carnahan Quad on MU's campus to protest the UM system and its handling of racial incidents and events.

Marshall Allen, the original organizer of Concerned Student 1950, spoke with KOMU 8 News exclusively, and said, although there have been changes made in the UM systems, some students still have the same mindset.

"There's still a lot of talk, still a lot of speculation about we don't really know what to do and stuff like that and I think that has not changed. The what can you do? How do we move forward?" Allen said.

"A year ago it was 'this is happening,' and now it's like, 'where's the change?'" Allen said. "Are we really going to move forward to elevate the sense of unity and togetherness on a campus such as this one?"

The protests last year did not stop more racial incidents from happening on campus.

In September, The Legion of Black Collegians, a student organization at the University of Missouri, reported two of its members were racially harassed near a fraternity.

"It's still happening. It's still small stuff like that that really twists and turns in the back of your head. Especially as student of color," Allen said. "The University did expel them but it's still happening and that's showing how the overall decisions and thought processes behind students has not changed."

"There's just unspoken tensions. We know that it's there, but nobody ever speaks about it really," Hill said.

Hill said the incidents that happened since the protests are disappointing to her.

"It was like a 'not again' type of situation. You would've thought that something would've changed and there would've been more of a conversation in the fraternities on campus but apparently there wasn't any conversation and it was shown that night," Hill said.

Jessica Porter is also an MU junior and said she feels like the overall campus climate has gone back to normal.

At the homecoming parade, she said she doesn't think there's a need for a protest one year later.

"There's progress kind of that has been made and so I feel like people are starting to move forward," Porter said.

Allen said he believes MU will one day change.

"You know the fight song and stuff like that, what it really means to come together as one body, one institution. When I graduate and I look back I expect to see that that's what I hope to see," Allen said.

On the anniversary of the protests, Concerned Student 1950 took to Twitter to make their voices heard and comment on Donald Trump's election as president.

A year ago today, Tim Wolfe resigned. Here we are one year later & the man who called him weak has been elected as the next U.S president.