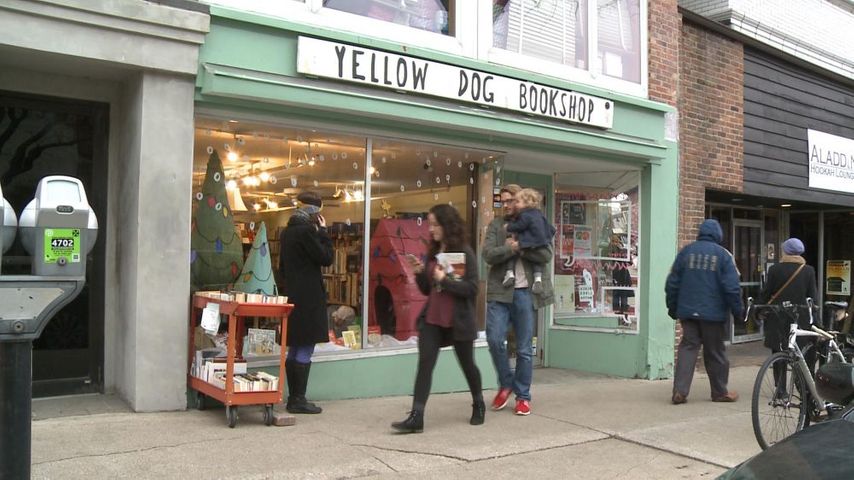 COLUMBIA - An increase in online shopping may be costing the City of Columbia money used to help fund police and fire departments, repair roads and pay city staff.

Blattel said online shopping is the primary reason for the low sales tax growth rates. In November, the Census Bureau reported more than seven percent of all sales nationwide were being done online. Blattel said he believes the percentage is even higher in Columbia because of the city's younger demographics.

Kristen Wright spent time shopping in downtown Thursday, but said she did most of her holiday shopping online this year.

"This year I broke tradition and I utilized Amazon for most of my shopping," Wright said. "They have that two day shipping that they're doing for Christmas, so that was super beneficial."

Wright said the benefits of online shopping are becoming too much to go out and shop.

"You don't have to set aside such a large block of time to do all your shopping, you can do it on your lunch break or when you're at home," Wright said.

Joe Chevalier, who owns Yellow Dog Bookshop in downtown Columbia, said the store only does a small portion of its business online because he enjoys customer interaction.

"One thing is the connection with the customer and personal service," Chevalier said. "All of us are readers and book lovers, and so we can really help people a lot more in guiding them to the books."

Chevalier said he understands the need to shop online, but added shoppers should consider their local stores or small businesses first.

"They're an important and integral part of any community, especially our downtown, which has so many small independent shops and so few chains," Chevalier said. "It's one of the things that makes Columbia's downtown special.

Although Wright did most of her shopping online this year, she said she still thinks local businesses provide exclusive gift opportunities.

"I think there are always people that want gifts, those little quirky, unique gifts that come from downtown small stores," Wright said. "That's kind of why I'm down here supplementing my more department store gifts with some cute gifts that I think people will love."

Blattel said. a lot of the time, it is the major retailers in Columbia that are battling with online sites such as Amazon. Blattel said the city is considering asking residents to approve a use tax that would help combat the lack of sales tax revenue.

Currently there is also a federal market fairness legislation, which, Blattel said, will force online websites and stores to collect sales taxes.