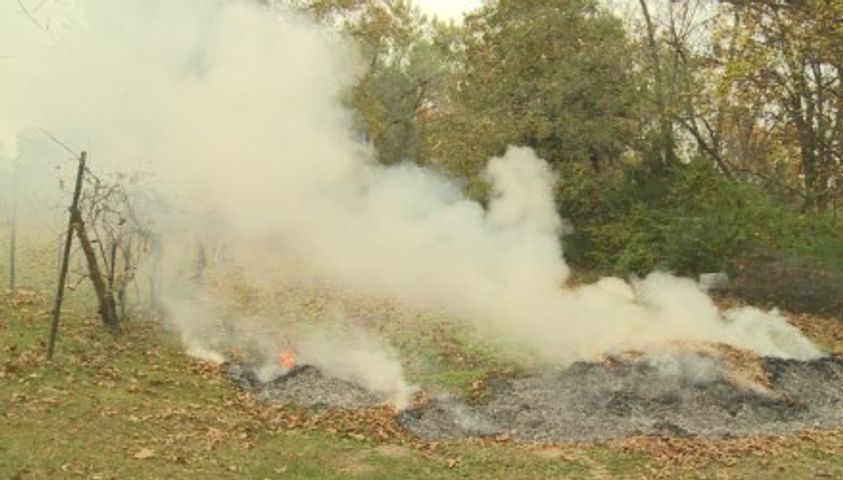 The Columbia Fire Department does require burn permits to openly burn yard waste and even then, it falls under strict regulations.

"That's just out of abundance of safety. As the grass and vegetation starts to dry out, fires can spread more rapidly," Fraizer said. "Not to say that other policies and regulations aren't safe, it's just one the City of Columbia has adopted."

Columbia residents also have several options for clearing their yards.

"The City of Columbia offers services to have the pick-up that type of way. You can also drop it off at our locations at a mulch pile," said Frazier.

Columbia offers the curbside pickup for bags weighing less than 50 pounds. You can put these bags out with your normal trash.

For disposal of larger limbs, there are two mulch sites in Columbia that will take grass, bushes and tree limbs up to 10 feet in length and 2 feet in diameter. The mulch sites are located off Rock Quarry Rd. and Creasy Springs Rd. in Columbia.

Open burning season in Jefferson City will last from Nov. 1, 2016 to March 1, 2017. More information about the city's open burn policies can be found on the department website.