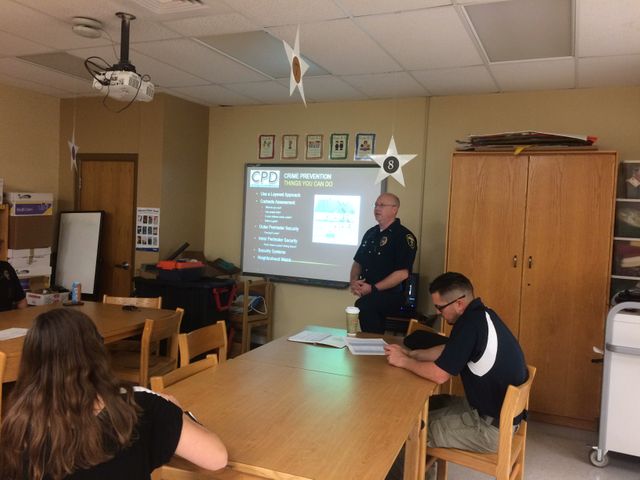 Lt. Eric Hughes, who oversees southeast Columbia, otherwise known as beats 70 and 80, said the purpose of the meetings is build stronger relationships with the community.

The meeting also updated people on crime statistics in the area. Car and home break-ins are the biggest problem plaguing southeast and downtown Columbia. Hughes said it’s one of the most frustrating calls the department gets since it's typically preventable.

“That person from that moment on feels violated, their personal house, place of residence, the place they want to feel safe and sleep in at night has been violated and they won’t feel safe in their house for months after that, so those are always frustrating for us,” Hughes said.

Other complaints in the area include underage drinking, loud music and parties, noise complaints and other disturbances.

Despite the frustrating calls, some residents are thankful for the work that CPD does.

Terry Weston’s neighborhood banded together after a series of break-ins in her neighborhood. Leaders in the community requested a meeting with the police chief and the beat commander. She said she felt her concerns were heard at that meeting, and she’s grateful for CPD’s hard work.

“We appreciate them,” Weston said. “But it’s not just them keeping us safe that we have to do our part too. We have to keep our cars locked, keep our house locked and we have to pay attention to what’s going on around us."

Hughes said in the future he hopes that more people will come and develop a relationship with CPD.

“I would like to see more attendance, more people getting to know their beat officers so that they see we’re all trying to achieve the same goal, a safer community."

The rest of the meetings will continue over a two-week span:

Residents can use this map to find out what beat they live in. The meetings are free and open to the public.