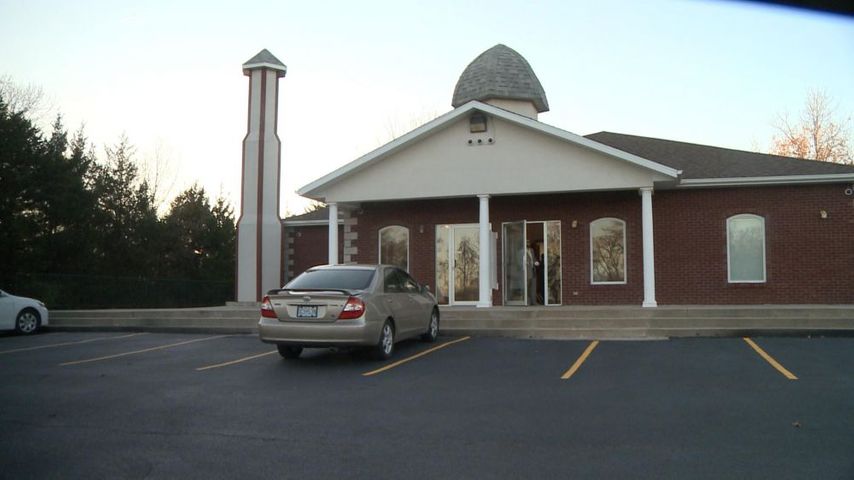 The event included a lunch of authentic Arabian food, a tour of the mosque and presentations about Islam. Guests were invited to come and go throughout the day.

The presentations were delivered by Rihab Sawah, a professor and St. Louis native who moved to Syria with her family when she was 3 years old. She discussed the differences between Islam and the Islamic State and fielded questions from guests.

"We want to talk to others, to show them who we are, what this religion is about," said Abdelmoula Haboub, a volunteer imam at the mosque. "We talk about the ethics of Islam and the basics of Islam and about this faith."

The presentation was given a second time for guests who came later in the day because of the attacks in Paris that killed 129 people. The Islamic State claims responsibility for that attack.

"We are severely condemning what happened yesterday in Paris," said Haboub. "That is not a part of Islam. Islam is about, as the law says in the Quran, if somebody kills a soul for no reason, it's like he killed all human beings. And if he saves a life it's like he saves all mankind."