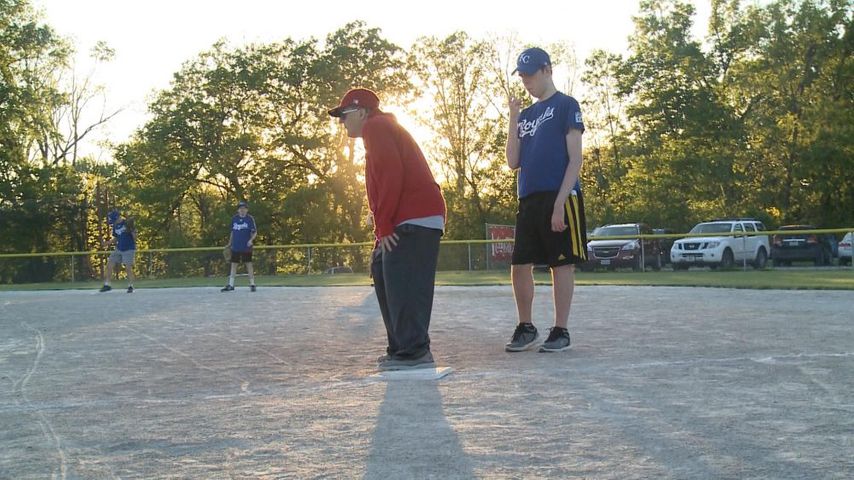 On Thursday, adult players gathered at the Columbia Insurance Group's Sports Park for their first game of the new season. The athletes were sorted into two teams - one team wearing Cardinal red, and the other wearing Royal blue.

DBLL President Tony Redlinger told KOMU 8 the Challenger Division is about giving every athlete the chance to play.

Patrick Myers played second base for the Cardinals on Thursday. He said for him, the Challenger Division gives him the opportunity to play the game he loved for his entire life.

"I played little league when I was a kid, and I've always been into baseball," Myers said.

During the game, Patrick slugged the ball deep into center field for a home run. As he rounded the bases, he was congratulated by members of his own team, as well as his opponents.

Redlinger said these games allow for athletes, and their loved ones, to have some fun with "America's pastime."

"We get player buddies that come with them," Redlinger said. "So they can help players round the field, help them run bases, help them hit the ball, help them field the ball... it's a pretty good experience for everybody, really!"

The Challenger Division hosts a league for both children and adults. Redlinger said the children's division is designed for athletes ages 4-18, and the adult division for ages 18 and up.

When the adult athletes took the field on Thursday, there was quite a spread in ages among the players.

"For our adult division, we're usually looking at somewhere in the ballpark of 18 to 55 years old," Redlinger said. "I think this year we have a 68-year-old!"

Michael Pitts played first base for the Cardinals team on Thursday. He told KOMU 8 he first started playing in the Challenger Division last year. He said he had so much fun, he came back for another season.

Although playing baseball is fun, the Challenger Division displays a much more meaningful message.

Pitts said people need to understand there are many different disabilities, and each situation is unique.

One parent at Thursday's game told KOMU 8 News he moved to Columbia a few years ago. He said mid-Missourians are much more accepting and understanding toward people with autism. He said he has three sons who are autistic, and they are treated much better here than they were in St. Louis.

Redlinger said DBLL is doing its part to hosts athletic programs for players of all abilities.

To learn more about the Challenger Division, you can visit DBLL's website.