Operation Steal Back Christmas is a success 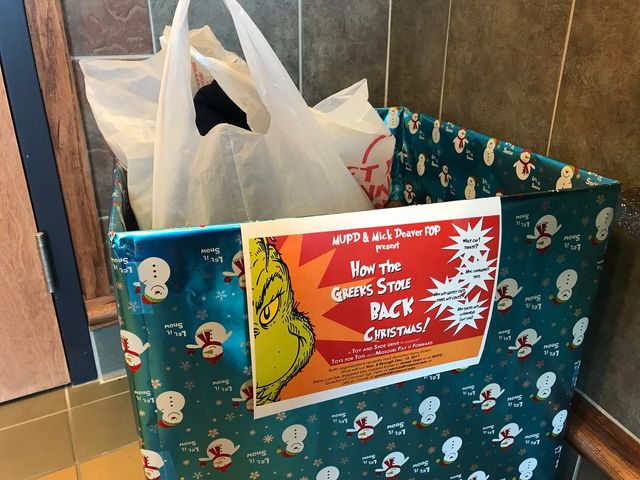 COLUMBIA - MU Police Department, MU Greek Life, local businesses and residents made Operation Steal Back Christmas a huge success. The operation was launched after two storage lockers in Fulton, MO were stolen from in October.

Twelve large boxes of toys collected since January was stolen from Toys for Tots. The toys are given to children during the holiday season. Missouri Pay it Forward had 350 pairs of shoes stolen.

MU Police Department and MU Greek Life made their own partnership called Greeks Against the Grinch and began to collect toys, shoes, coats, socks and underwear.

Officer Gawlik from the MU Police Department said they hoped to counteract the loss that was felt from the stolen donations.

Several sororities placed donation boxes in their chapter houses for members to make their own contributions to the operation.

"It’s a really amazing thing to see how much good people can do when they all come together for the greater good," Jane said. "We've collected so many items that our box has overflowed and just became a corner in the house for members to put their donations."

The MU Police Department said their storage room is almost completely full with donated items. Gawlik said she is excited to see the final donation count.

The last day to donate for the Stealing Back Christmas campaign is Wednesday, Dec 13 but Toys for Tots will continue accepting donations until Christmas eve. Visit the Toys for Tots website to find your closest drop-off box.