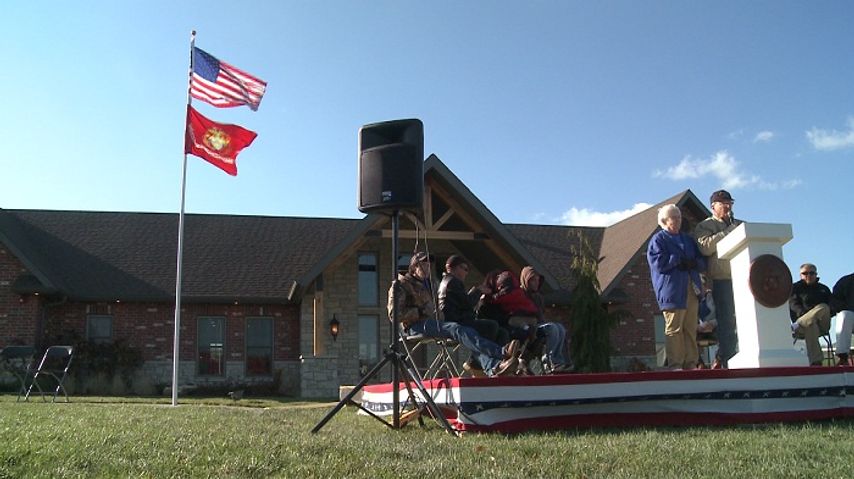 After walking into his home for the first time Huffman said, "You couldn't ask for a better house. You can't build a better one. This is everything we wanted. That's the way this house was built."

Huffman is a Marine who was paralyzed by a sniper in Afghanistan in December 2010.  After hearing Tyler's story, countless organizations and individuals donated to build Tyler his new home.

Huffman's new home is a "smart home" because of all the customizations.  The lights, televisions, and temperature can be controlled by an iPad.  Also the kitchen and bathrooms are all designed to make daily tasks easier for Tyler.

The Gary Sinise and Stephen Siller Tunnel to Towers Foundation played a large role in the completion of the house.  Huffman's home is the fifth "smart home" the foundations have completed with their "Building for America's Bravest" program.  The program's director Terrence Tierney called the homes "life changing." Tierney said, "The accessibility helps them, it helps their families to be more independent, and they don't need as much support. It allows them to grow, get confident, and get back in the workplace."

The foundations is currently partnered with 15 additional homes for severely injured post 9/11 veterans from wars in Afghanistan and Iraq.