Opponent Says Prop B Fails from Lack of Compromise 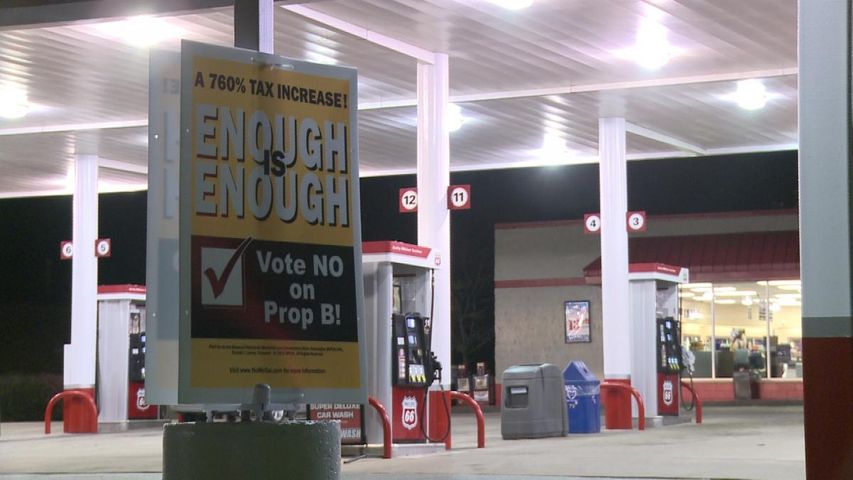 JEFFERSON CITY - The executive director of the Missouri Petroleum Marketers & Convenience Store Association said Wednesday Proposition B did not pass because of a failure to compromise. Ronald Leone responded to the tobacco tax results from his office in Jefferson City.

Proposition B was rejected by Missouri voters 51 percent to 49 percent by a margin of 42,581 votes. If passed, the proposition would have raised tobacco tax 73 cents per pack of cigarettes.

The proposition intended to increase funding for public education and tobacco prevention programs throughout the state. According to the Show-Me A Brighter Future website, the tax increase would have generated an additional $283 million in annual revenue to be distributed for those aforementioned causes.

Tuesday's election marked the third time since 2002 Missouri voters have rejected a tobacco tax increase -- Proposition A in 2002 and Constitutional Amendment 3 in 2006.

Leone reiterated that he believes Missourians voted against the tax increase for a third time because there was no safeguard to ensure the money would go to intended sources.

Show-Me A Brighter Future issued a news release Wednesday morning saying, "This is a sad day for Missouri. While we respect the will of voters, we do not respect the last-ditch scare tactics tobacco companies used to confuse voters and thus preserve their profits from selling deadly, addictive products."