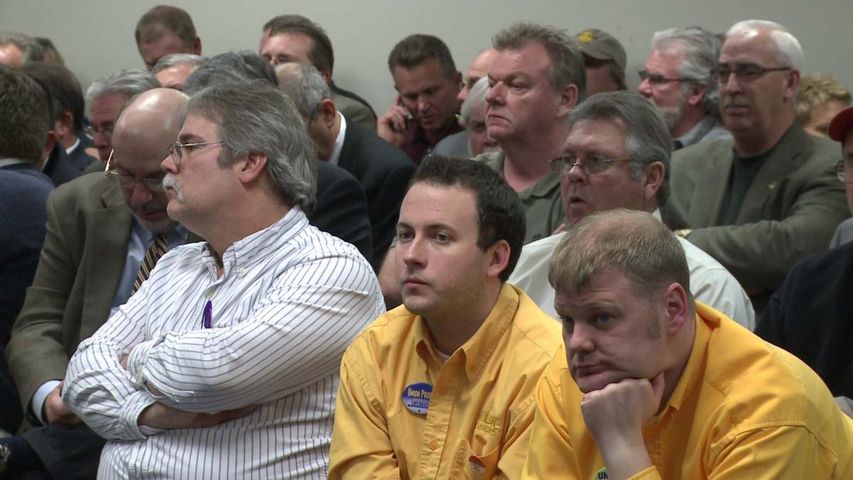 JEFFERSON CITY - Dozens of union supporters crowded a hearing Wednesday for a bill that would prevent workers from being required to join a union.

Richard Craighead, a representative for United Steelworkers District 11, told the House Workforce Development and Workplace Safety Committee he had never once witnessed any sign of intimidation in his years as a union member. Craighead said closed shops, which require union membership to get a job, are illegal nationwide.

Jared Rodriguez, with the Michigan Alliance for Business Growth, said unions should have to earn workers's support, calling unions political machines supported by dues. He said right-to-work legislation would allow Missouri to attract new jobs and compete with the rest of the world.

According to the National Labor Relations Board, federal law prohibits "seeking the suspension, discharge or other punishment of an employee for not being a union member" and "refusing to process a grievance because an employee has criticized union officials or because an employee is not a member of the union in states where union security clauses are not permitted," that is, one of the currently 24 states with right-to-work laws in place.

Under the proposed law, no one could be required to either join a union or pay union fees as a condition of employment. The bill would not apply to federal employees and would not affect existing collective bargaining agreements. If it passes the legislature, the bill would go on the ballot in November 2013 for voter approval.