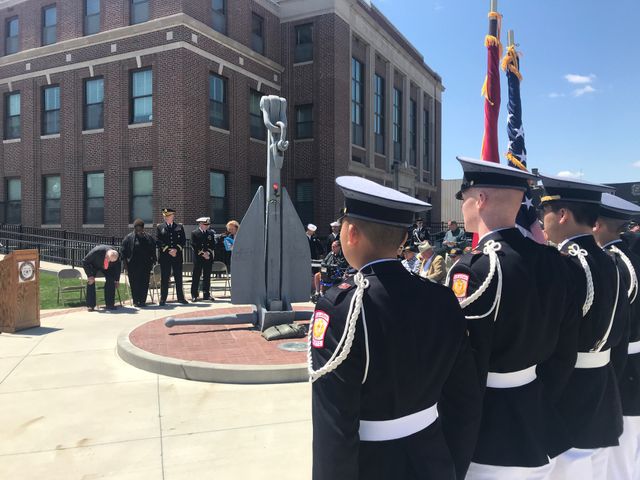 MEXICO – The U.S. Tiger Foundation held a ceremony at the Audrain County Courthouse on Saturday to honor veterans and lives lost at battle.

Susan Haines, the executive national director of the Exercise Tiger Association, said the event is meant to honor those who have served.

Haines said she has family ties to Exercise Tiger and it paved the way for D-Day, which happened two months after.

“My own family members were involved with Exercise Tiger. It’s a very personal experience for me to be able to be here,” she said.

U.S. Navy Petty Officer Nicholas Tago said it’s important that current members of the service show their respect at events like this for those who have served.

“This really means paying respect to the memory of those who lost their lives in this battle as well as the veterans that are still around today,” he said. “We’re very fortunate to be a part of this.”

Tago said becoming a member of the U.S. Navy was a dream of his since he was a child.

“I want to represent this country, as well as take care of my family and all the people that serve this country next to me,” Tago said.

At the ceremony, awards were given to veterans of World War II and the Vietnam and Iraq wars.

A wreath honored the victims of the van attack in Toronto on Monday, where 10 lives were lost.

“That could have been on our streets right here in Columbia or in Audrain County,” Haines said. “We need to remember them and let them know that our condolences are with them during this period of strife in their life that they are experiencing.”