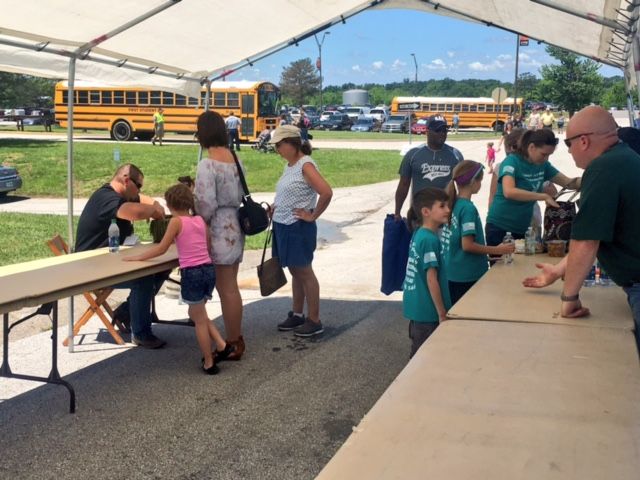 COLUMBIA – Volunteer security guards and local police officers are making sure the 29th Annual Salute to Veterans Air Show is a safe event.

The guards monitored what people brought into the event. Residents said they definitely felt secure.

Security guard Landon Enochs volunteered to search bags at the entrance gate. He said there are multiple items that are not allowed inside including coolers, lasers, illegal substances, and alcohol.

On Saturday, wagons were also on that list. But, after many complaints, organizers made an exception. Wagons were allowed at Sunday's air show.

Air Show Chairman Mary Posner said they just want to make sure everyone is safe.

"Security is very high because we want to protect the people who are coming here to enjoy this air show," Posner said.

One Columbia resident said he appreciates the effort.

This was Li’s first time attending in over 10 years. But for some, it was their first time ever. Ranjitsinh Khengar said he came all the way from Kansas for the show.

“This is the first time I’ve seen this,” he said. “We came here to enjoy the air show with my brother in law.”

Memorial Day festivities will continue on Monday at 10 a.m. with the Memorial Day Parade.