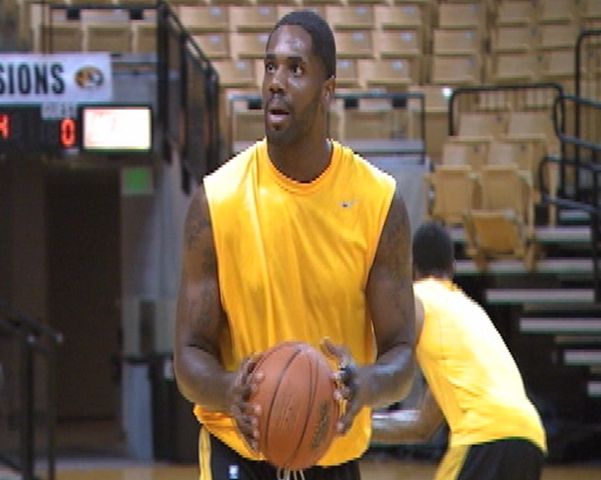 COLUMBIA -- During the Summer,the Missouri Tiger basketball players are shooting around at Mizzou Arena. Of all the newcomers to the Mizzou team, the biggest name is likely Alex Oriakhi.

He is certainly one of the biggest bodies on the team. Oriakhi, who is 6 foot 9 and weighs 265 pounds, started for three seasons for the Connecticut huskies including UConn's National Championship season in 2011.

Oriakhi transferred to Missouri during the spring and is eligible to play this coming season. He will be a senior, with just the one season to wear the black and gold.

"I'm stuck in between, I am a senior so I'm a veteran but then again I'm new here so I do feel like a freshman at times," said Oriakhi. "The guys are doing a great job of making me feel comfortable. I know one thing that I can bring to this is team is that I know what it takes to win a championship. I know I feel those are the aspects that can help. Guys definitely do respect me ."