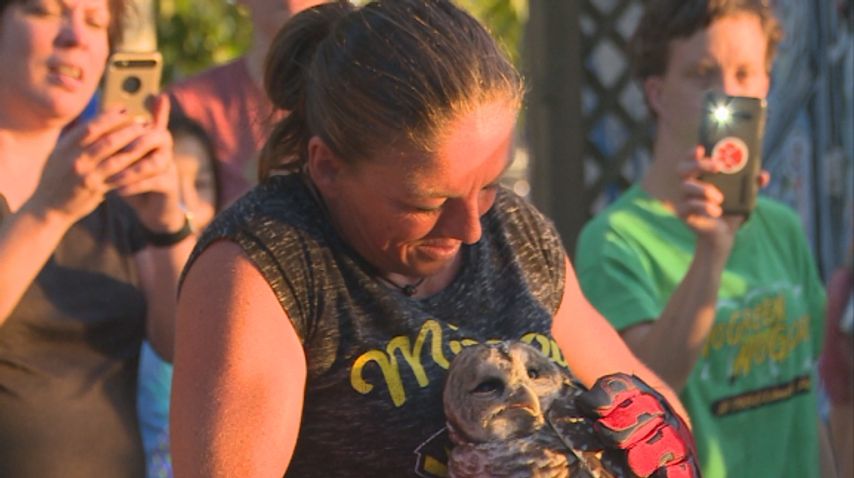 COLUMBIA - A group responsible for rescuing and healing birds of prey released five orphaned owls in the woods near Cooper's Landing on Saturday.

For Raptor Rehabilitation volunteer Amy Hornung, the moment was an emotional one.

"It's like my child growing up. It really is," she said. "I was shaking. It's not every day you get to release a bird into the wild."

A veterinary student herself, Hornung said there's nothing like seeing all the work she puts into the animals pay off.

"It's very satisfying when you put a lot of hard work into something and finally see it take flight," she said.

Abigail Rainwater, the manager for Raptor Rehabilitation, said there's never been a more important time to work for the health of the raptor population.

"We're actually seeing a decline in the raptor population, really worldwide, even in Missouri, so we are working to maintain those species," she said.

Rainwater said raptors play a vital role in the ecosystem.

"As top of the food chain predators, they're incredibly important to the food web and how things work," she said. "It's important to have them around, not just for rodent control like owls do, but for all kinds of things. So they're a really important species as a whole."