Osage County Sheriff Dixon to retain all duties for now 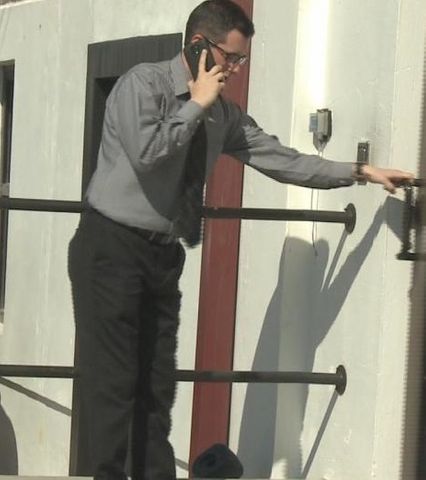 JEFFERSON CITY - Osage County Sheriff Michael Dixon is restored of all duties after a hearing Friday, culminating a week in which he lost his Peace Officer's license.

He has 30 days from Monday, Jan. 26 to issue an appeal for reinstatement.

In court Friday, there was a great deal of discussion on whether he has the ability to perform his duties correctly and maintain his relationship with the community. The Department of Public Safety argued Dixon would not be able to adequately perform his job because the Osage community possibly lacks trust in him. Daryl Hylton, from the assistant attorney general's office, argued that victims may fear coming forward because they lack trust in the sheriff.

Dixon and his attorney Kevin Dolley argued the opposite, saying Dixon has adequately perform all duties correctly and professionally, and he has done a lot for his community since becoming sheriff.

"We're committed to continuing to keep the citizens of Osage County safe," Dixon said. "We've been successful in doing that. Over the last year, our calls for service have actually increased 61 percent, and we feel we've been successful in keeping the community safe, and it's my intention to fully continue doing so."

Dixon pleaded guilty in July to harassing a Belle police officer. In exchange for a guilty plea, prosecutors dropped charges of tampering with a motor vehicle, sexual misconduct and assault and stalking.

Dixon can perform all duties as normal until the appeals process is completed. The next hearing, to schedule appeal dates, is March 20 at 9 a.m.

Dixon said he is excited to return to work.

"We look forward to the opportunity to continue as humbly serving the citizens of Osage County as their sheriff," Dixon said.