Other SEC Team Fans Weigh in on Mizzou's Presence 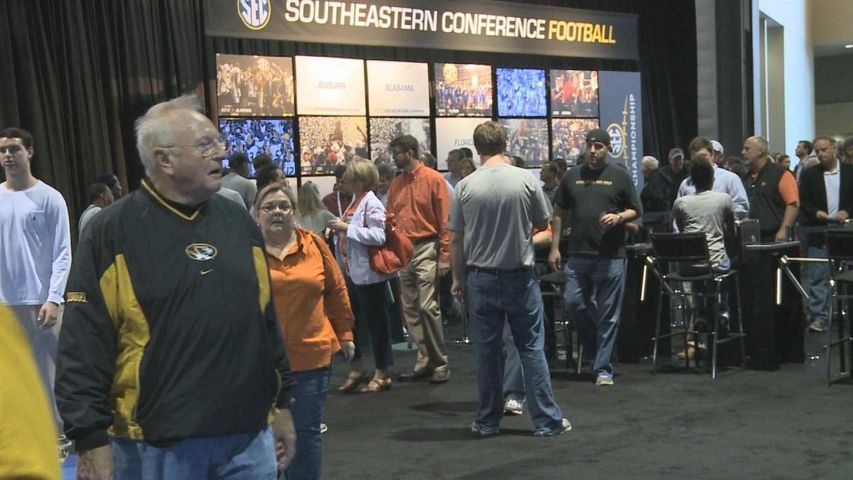 ATLANTA, Ga. - It's Missouri's second year in the SEC and making it to the conference championship has impressed some, but not all.

Georgia fan Bradley Gissell said he was still mad about his team losing the Missouri and Georgia game because several Georgia players were injured. Gissell said that's not an excuse, but still upsetting.

Another Georgia fan, Andy Shelton, was on the same page when he said Mizzou, "got kinda lucky."

But Shelton's dad, James disagrees. He thinks Missouri has proven itself in the conference.

Check out the video to see what other SEC fans had to say about Mizzou.