Our Lady of Lourdes breaks ground on new building extension 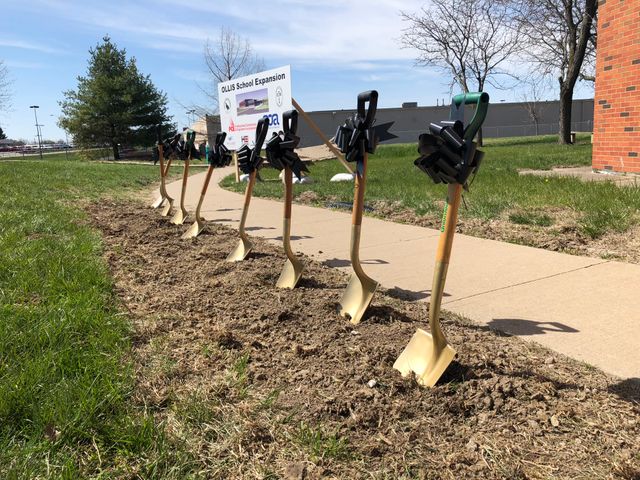 COLUMBIA - Assistant Principal Katie Helfer said it has been a long time coming, but Our Lady of Lourdes Interparish School broke ground on a new building extension Friday.

"We started looking at this project initially in 2007 doing some listening sessions, so it has been a while," Helfer said.

Currently, the school has eight trailers that are used as classroom space. According to Helfer, the new extension will replace those trailers. It will also include classroom space, a new media center and a tornado shelter.

Father Chris Cordes said the most important part of the new addition is the safety aspect.

"The biggest thing is the safety of not being out in single buildings," Cordes said. "Our hope is always to provide a safe, quality education that molds the whole person, with spirituality and faith being a big part of it."

Widget Ewing started teaching at the school in 1985. Since then, she's seen two other building additions at the school. She said she enjoyed Friday's groundbreaking because the school keeps growing and changing.

Dozens showed up to the groundbreaking, and Helfer, Cordes and Ewing all agreed the community support is key to the school's success.

Cordes said the he's grateful to everyone who helped the school get to this point.

"There are too many people to single out and thank," Cordes said. "But today I just want to celebrate that we're here, we've made it to this point. And we couldn't do it without everyone."

But, Cordes said the school is already thinking about the future.

"I can't wait until we have all of our students in one building," Cordes said.

Cordes said he wasn't sure how old the current trailers are, but he said they have been on the property for "quite some time."

Helfer said the building process is expected to go quickly because the school is eager to get rid of the old trailers.

"Groundbreaking is expected to start as soon as next week, and we are slated to have it open for the 2019-2020 school year," Helfer said.