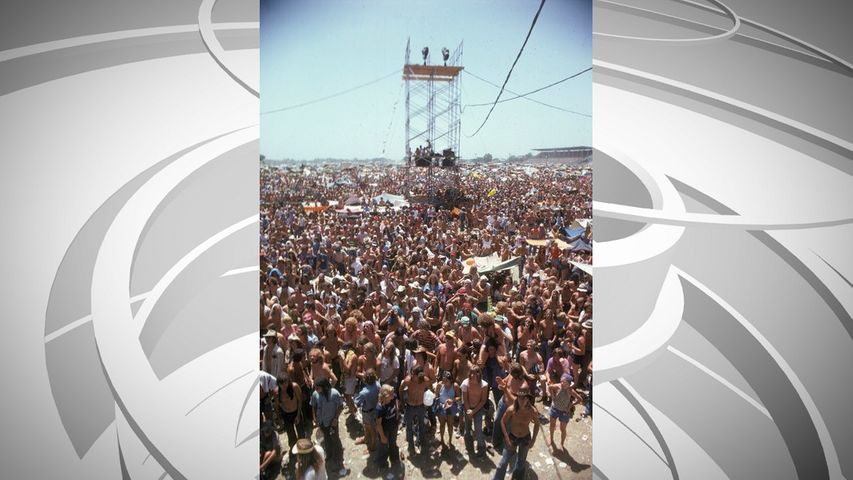 SEDALIA - The total solar eclipse will attract huge crowds to mid-Missouri, but the last time there was a massive influx of people the draw was "no rules sex, drugs and rock and roll."

It was the summer of 1974 and massive crowds streamed into Sedalia for the Ozark Music Festival. By some estimates, 250,000 people attended.

"The masses showed up and overwhelmed everything in the community," said Greg Cecil, who was there for the show.

Cecil said it was a lot like Woodstock, except it wasn't made famous in a song.

There will, however, be a documentary. Jeff Lujin has been working on it for 10 years.

He said festival organizers weren't prepared for the crowds.

Only 50,000 tickets were printed but five times as many people showed up. They just knocked down the fences and went in.

The crowd was hot, with temperatures reaching 100 degrees.

Festival-goers were thirsty and they were hungry.

Cecil said people simply got out of control.

"If they needed a shower and a house was across the street they would use a garden hose.
On the last day they set the porta-potties on fire," he said.

The community of Sedalia was expecting a more family-friendly festival.

"A lot of people were under the impression this was going to be a blue grass festival. A Sunday service was advertised, a fiddler's contest. That didn't happen," Cecil said.

The line-up was straight rock and roll, with artists such as Marshall Tucker, America and Lynyrd Skynyrd.

Lujin said he isn't sure the total solar eclipse will bring in as many people.

"The eclipse doesn't have Aerosmith and the Eagles," he said.

The eclipse is certainly unlikely to draw this reaction: State senators called the festival a disaster.

Their report said, "Three days in Sedalia made the degradation of Sodom and Gomorah look mild."