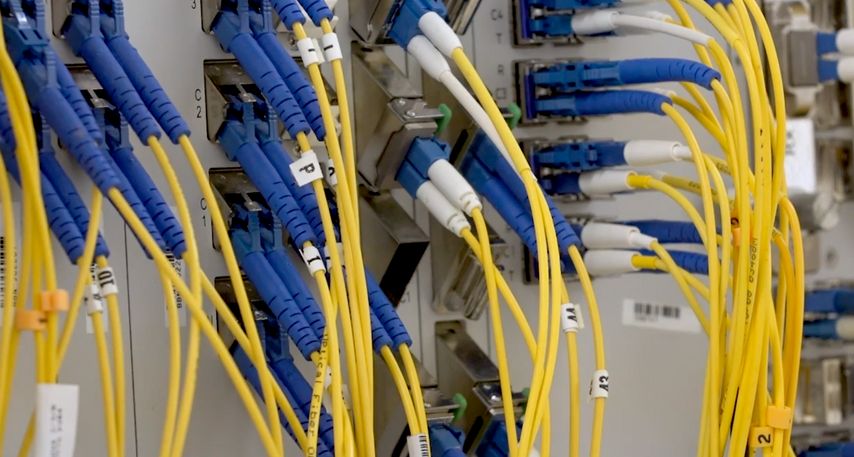 MARCELINE - City Manager Richard Hoon is one of the 1.2 million Missourians without high-speed internet. He doesn’t have to go far to hear the complaints.

“I can hear my son in the other room yelling and screaming that he’s unable to download something,” said Hoon. “My wife and I will yell out to the kids get off one of the machines so we can finish watching this movie. So somebody has to make a sacrifice.”

It’s a common problem for those in rural areas. 50 percent of rural residents in Missouri don’t have access to high-speed internet. But there is good news for people in rural communities like Marceline; the Federal Communications Commission is giving 11 Missouri companies over $250 million in subsidies over 10 years to install new broadband structures.

Broadband structures connect farmers, businesses, gamers and educators to the internet with faster speeds and extra bandwidth. This allows the transfer of more data compared to traditional dial-up services.

Fiber optics is the fastest broadband available. It uses tiny glass threads, smaller than a strand of hair, to move data at the speed of light and provides more bandwidth compared to older and traditional broadband structures.

“The maximum speed is set. The only thing you can do now is build more lanes,” said Long. “What we had before was 10 lanes in essence, and now we have 500.”

Long said entertainment, specifically streaming video, makes up a majority of data moving through the internet and is the reason people have needed more bandwidth. He said the school is going to need technology with more bandwidth than fiber optic soon to attract students as more advanced technology is released.

William Woods University, located in Fulton, is searching for broadband with more space than fiber optics to transfer data, while rural areas like Marceline are receiving fiber optics for the first time.

Meanwhile, communication and internet companies are searching for better internet technologies as well.

“The internet is not going away,” said Morey.  “We’re going to need more and more [bandwidth] moving forward. The traditional providers, your Verizon and AT&T’s, are coming out with 5G.”

Morey believes as 5G technology advances in urban areas, rural communities will once again have slower internet speeds compared to more urban areas and will need subsidies once again to catch up.

He adds that fiber optics and 5G will work together to create faster internet speeds in the future. It’s why Chariton Valley, another telecommunications company in Macon, is continuing to focus on bringing fiber optics to rural towns rather emerging wireless technologies.

“Wireless spectrum has its limits,” said CEO Kirby Underberg.  “There is no limitation on fiber.

“You have people coming out giving you cookies,” said Gabe Jacoby, supervisor of construction and engineering at Chariton Valley.   “The residents catch your face and the next thing you know, hey my husband made this last night, deer jerky or whatever it may be.”

The excitement is reaching Hoon and his family back in Marceline.

“[My son] was telling his friends at school ‘we’re gonna get it, we’re going to get it,’” Hoon said.  “If it came to me buying him his first car versus getting a 150-meg download speed on the fiber optic he would be more excited about that and say, ‘hey, forget about the car.’”

Click anywhere on the map to see how many people in your county have high-speed internet.