Owner of "Big Tree" says vandalization is hurting it 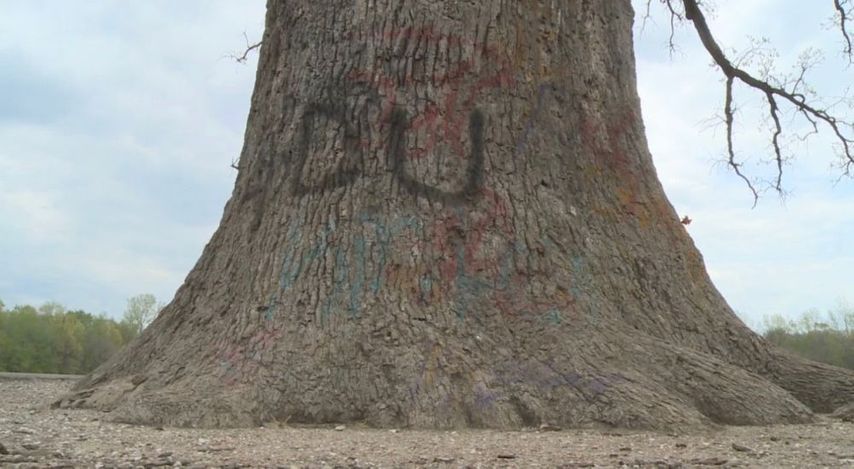 COLUMBIA - Boone County's iconic "Big Tree" is being damaged by vandals spray painting its base, according to its owner, John Williamson.

Chemicals in the paint can damage the tree, but Williamson said taking it off sometimes causes more damage to the tree than the spray paint itself.

"Unfortunately, there's no good way to take that off. It would really be harder on the tree to remove any paint or anything like that."

That hasn't stopped Williamson and friends from covering up the spray paint. He and a friend, Ana Lopez, put mud over the spray paint to keep the tree looking in its best shape possible.

"It's a constant battle of educating people," Lopez said on how to prevent future vandalizing of the tree. "That's all we can really try to do, is educate people. Hopefully people will want to keep the tree alive a little longer and not continue to abuse on it."

Big Tree, which sits just south of the small town of McBane, is more than 300 years old. At 74 feet tall and 294 inches in circumference, it is the biggest bur oak tree in North America. It is not known how much longer the tree has until it dies.

"It's a living thing, just like humans. Eventually, it will die," Williamson said. "And that'll be really said."

Williamson is a sixth-generation owner of the property where Big Tree sits. His family has owned the property since 1835. He said that Big Tree is more than a tree for him.

"I see it everyday. It's like it's a part of the family."