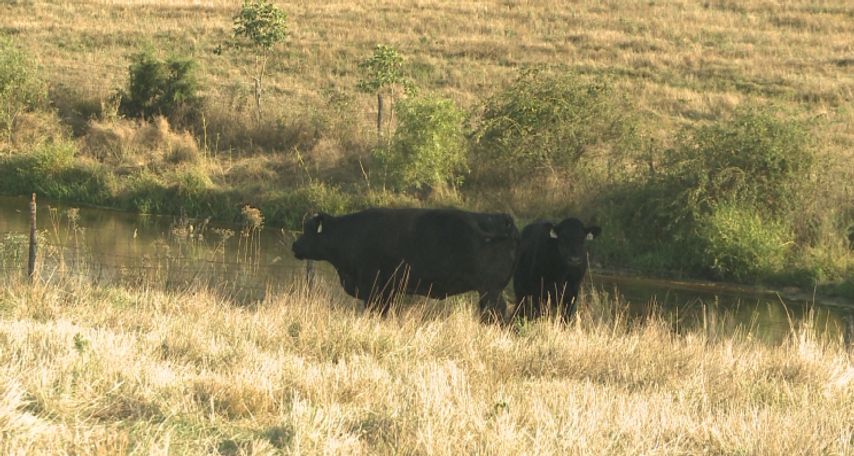 COLE COUNTY - Rancher Tammy Goldammer is offering a $2,000 reward for any information to help find the man who shot her pregnant cow last Friday evening.

Around 6:30 p.m. Friday, she said a man in a truck pulled up to her cattle pasture on the Moniteau and Cole County line and shot and killed one of her bred cows which was just days from giving birth. She said he also wounded another cow, which is now missing.

"We lost the cow, we lost the calf, we lost everything. Just from a senseless shooting of an innocent animal," Goldammer said.

Goldammer went on to say this was a targeted hit on her cattle.

"They pull up here, they set for basically, ten minutes, they see the neighbor's son, they leave, they come back, and they pull up in a position where they've got absolute total view of the cattle," Goldammer said.

Goldammer said her neighbor's son described the truck as a white, two-door, late 90s pickup with a rusted-out section about the size of a football.

The Cole County Sheriff's Department said there are no updates and the investigation is ongoing.