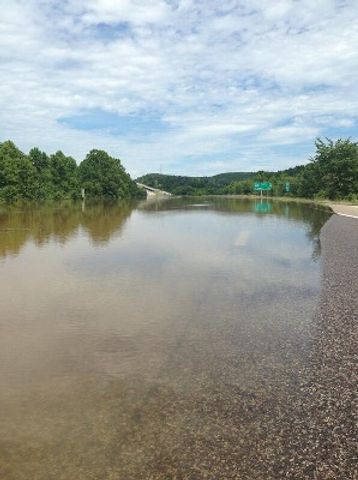 The Missouri Department of Transportation closed Interstate 44 in Phelps County Wednesday morning due to floodwaters from the Gasconade River. The roadway was covered with six feet of water in some locations. MoDOT also closed U.S. Route 63 south of Vienna.

Storms have dumped inches of rain in the area this week, and creeks and rivers have left their banks and completely covered state and county roads in Osage, Pulaski, Maries, Phelps, Laclede, Miller and Camden counties.

An evacuation order will expire in Waynesville at 5 p.m. and is not expected to be renewed. MoDOT officials expect to open the interstate again sometime Wednesday evening, pending an inspection.