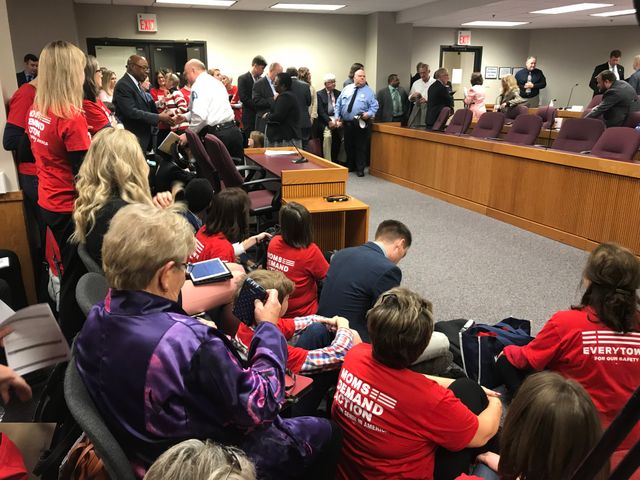 One of the bills the General Laws committee focused on the transfer of guns from one individual to another.

“I tried to craft a piece of legislation that would serve as the starting point of how can we fix a sliver of the law that would allow these convicted criminals, for example, to get their hands on firearms,” Rep. Greg Razer, D- Kansas City, said.

Razer is the sponsor of the bill and said it would give people peace of mind.

A member of Moms Demand Action that gave testimony at the hearing said this bill will impact her family’s life.

“The person that shot and killed my dad will be released from jail in a year and a half and it is extremely upsetting to me to think that this person could purchase a gun in a private sale without a background check,” Becky Morgan said.

Morgan said, to her, the bill is about safety.

“It would be one more safeguard to keep me and other people safe,” Morgan said.

Committee member Rep. Jared Taylor, R- Nixa, raised some concerns he has for the bill.

“So, by suggesting what you’re doing, you are limiting individuals who are lawful abiding citizens who are trying to obtain a weapon,” Taylor said.

Taylor said he has personal experience selling guns to friends and talked about the inconvenience the bill could impose.

“You are requiring additional steps for us to go through, additional hoops,” Taylor said.

The bill sponsor said he knows this is a hot issue for Missourians and is willing to work on amendments.

The bill is currently in committee.