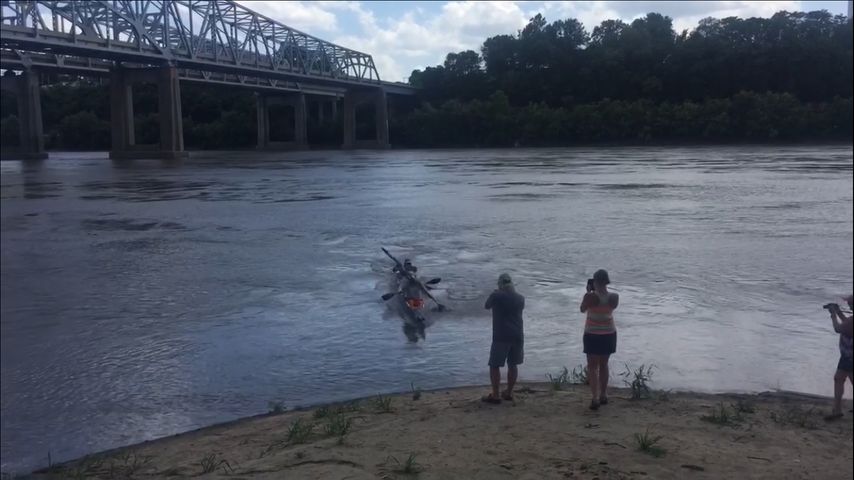 JEFFERSON CITY - More than 100 paddlers woke up bright and early Saturday to compete in the Missouri River Freedom Race, but it was a team of three that took the lead.

The 63 mile canoe and kayak race goes from the Lamine River near Boonville to the Missouri River in Jefferson City.

"My grandma and grandpa did it, aunts and uncles all raced canoes, so it's sort of like a family tradition," McHardy said.

The previous record for the Missouri River Freedom Race was 5 hours and 39 minutes. The racers said participating in the race is not about winning, but about pushing themselves to win and meeting new people.

"All my close friends are racers," McHardy said.

"You learn what you're made of and learn how far you can push yourself," Mann said.

The MR340 is a 340 mile race that starts in Kansas City and ends in St. Charles. Racers have to complete the race within 88 hours.

Mann said McHardy and him were teammates in the MR340 last year and took home first place.

"I wanted to go solo this year,” Mann said. “Dylan wanted to put a three-man team together, so they're obviously doing very well and so I'm happy for them."