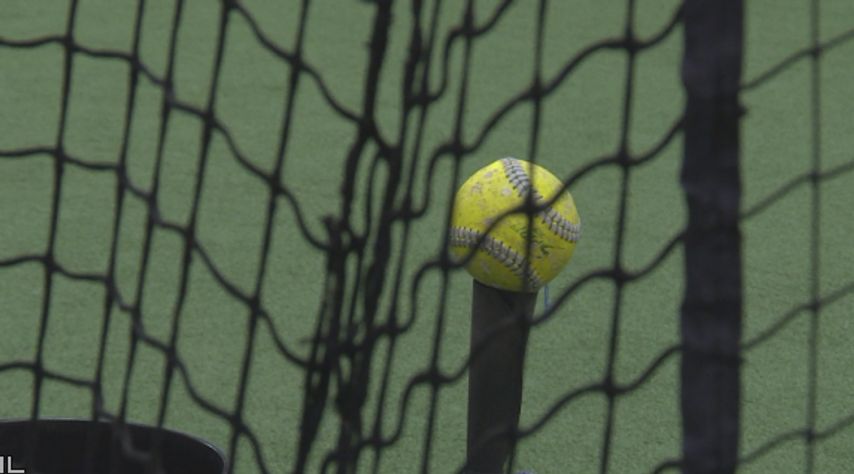 COLUMBIA - Carli Buschjost's softball story began as an ordinary one.
"Athletics have been a big thing for my whole family. I started when I was seven or eight and just went from there. Ever since then it's been my passion," Buschjost said.
A passion that has come with its fair share of pain. Her softball career was temporarily cut short by seven foot surgeries in high school.
"I didn't know if my health would allow me to keep playing," she said.
It did not, and Carli left softball behind to attend MU her Freshman year, but she could not stay away from the game.
"After I decided to take the year off and my feet were getting back to normal and they were no longer hurting me, I decided to give it a go again."

The decision to return to softball sparked an email to Columbia College Softball Coach Wendy Spratt, and an opportunity.

"I got to practice with them and I got a tryout. That's why I'm still here," Buschjost said.

"I had a hard time realizing she was only a freshman because I think she's mature beyond her age," Spratt said.

This story does not come without a plot twist. The injuries were not done and her return to softball was short lived. A severe ankle sprain sidelined her for the 2018 season followed by another injury in September. This time, it was a torn UCL in her elbow.
"It's going to be hard. Injuries aren't easy but that's a part of life," Buschjost said.
That part, Carli will not let dictate her life.
"Quitting isn't a thing that we do in my family. Just because there's a speed bump doesn't mean I'm going to quit," she said.
"I knew that was the kind of person she was to begin with because she had been through already so she doesn't take things for granted like other athletes," Spratt said.
After six months of rehab, Carli is looking forward to her first game at Columbia College, with an appreciation for her past.
"I wouldn't change anything at all because it has given me opportunities that no one else has gotten."