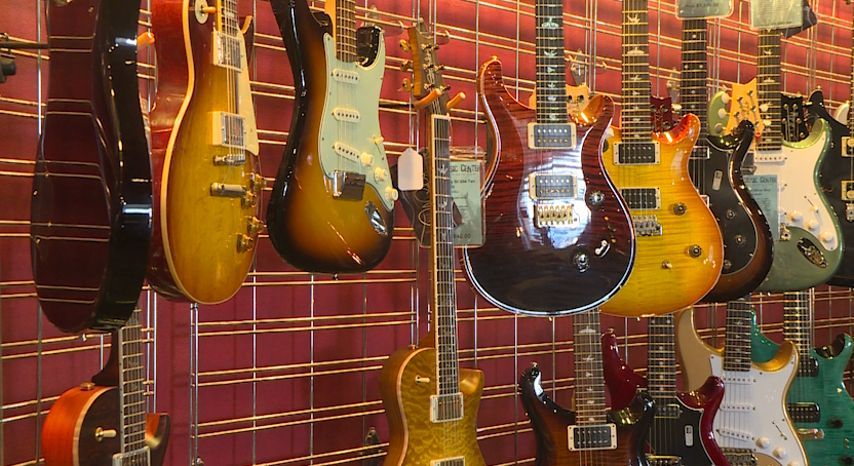 COLUMBIA - Palen Music Center was one of many businesses impacted two weeks ago by Columbia’s stay-at-home order. After the company closed its doors, its employees opened their computers. They are now continuing music lessons virtually for as many as 300 students, amounting to about 50 lessons daily.

Jack Falby has been working as the coordinator for the store in Columbia since 2006. He said the move to an online experience, while unexpected, has really forced the company to advance and innovate.

“It’s a 21st Century thing,” Falby said. “It’s something that while this pandemic situation has forced us to deal with faster than we otherwise might have come to it, it’s exciting because it really is pointing the way to the inevitable.”

Falby said despite the sudden change to the daily working environment, his students have been really responsive to online learning and he’s noticed an increase in their patience during lessons.

“Things are going well,” Falby said. “We’re pivoting many, many, many of our students and even still picking up new students, which is really exciting.”

One of Falby’s students, Lisa Guillory, started tenor saxophone lessons 10 years ago. She said many people misconstrue music lessons as a hobby for younger students, but it’s really acted as an avenue for her to break away from her day-to-day activities.

Guillory works as an audiologist at the VA Hospital and has been working from home for about two weeks now. She said music is her saving grace when it comes to clearing her head during this time.

“Sometimes I just stop what I’m doing because I feel like I’m tired of it or I can’t concentrate,” Guillory said. “I turn around and pick up the saxophone, play on it for a few minutes and go right back to work.”

Guillory said one of her favorite aspects of her lessons are the duets she plays with Falby. An audio delay has made this portion of lessons more difficult, which Guillory said is the hardest part to overcome amidst virtual learning.

“I have to say that’s the thing I miss the most,” Guillory said. “We can’t play together and have it sound quite as good.”

Despite the speed bump that reminds Guillory how different times right now are, she can’t imagine discontinuing her lessons just because the physical store has been temporarily closed.

“If I said, ‘gee whiz we’re in quarantine and I can’t go,’” Guillory said. “To not play for two months would not be a good idea for someone like me. I might not pick up an instrument quite as often.”

Guillory also pointed out that these virtual music lessons are not only relieving students’ stress, but also takes a certain level of stress off a service industry that typically makes its money through face-to-face interaction.

All ages can sign up for music lessons through Palen. There is more information on how to join one of their programs on their website.