Para-Transit fares may increase in price 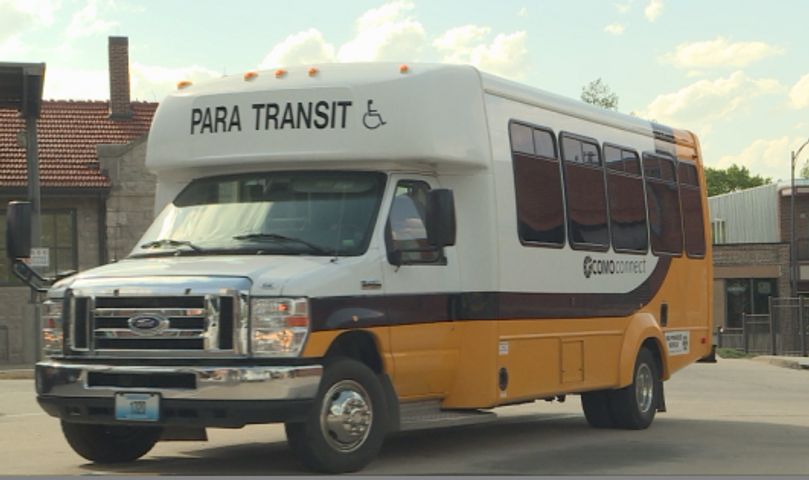 COLUMBIA - Go COMO (formerly CoMo Connect), Columbia's bus provider, is proposing a few changes to its service after learning they needed to cut about $500,000 from their budget over the next few years.

One of those changes will involve Para-Transit, Go COMO's door-to-door service for those who may not be able to access the fixed bus routes.

The service currently costs $2 per ride. However, if city council approves the proposal, the fare will raise to $3 per ride on Oct. 1.

"The federal government does not allow you to have the fare for Para-Transit be more than double the regular fare, so the regular fair for fixed route is currently $1.50," he said. "When we raised the regulr fare to $1.50 in 2011, council opted not to raise the para-transit fare at the same time, so we’re coming back at this time and asking to raise that fare to help defray some of the cost of what is our most expensive service line to operate.”

Brooks said the price increase will better help cover the cost to operate this service.

“It’s a very expensive service because it’s essentially a door-to-door service. It costs us about $30 a ride to provide that service so we’re just looking for different ways to kind of defray that cost," he said.

He said the rise in fare will raise thousands of dollars each year.

Brooks believes, however, if the price increase is approved, ridership may decline.

“We do think that it might actually deter some ridership," he said. "Anytime that you raise fares you tend to see a little bit of a decline.”

However, he feels riders will still use the important service.

“I think that we provide a very good service for our customers," he said. "I think they’re very appreciative of that and very supportive of the service. Unfortunately, it does have a cost and we’re trying to figure out different ways to defray that cost.”

The first of three budget hearings where the public can voice their opinion will take place Aug. 21.