Parade Brings Out People from Across State 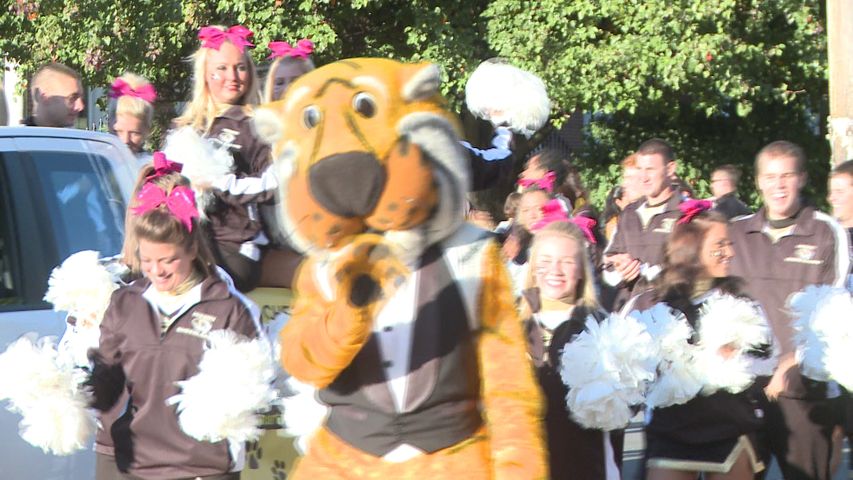 "I think we had more people this year than any other year that I've been here," 2011 Homecoming King Zach Parolin said. "It was neat to turn around and look at Broadway and just see a line with students, and alumni and children alike. But the 100th is special, you know, this centennial is bringing back everyone."

The marchers handed out candy and prizes to kids and tiger fans lining the streets, all while spreading tiger cheer. The parade preceded the Mizzou Alumni Association's Romp, Stomp and Chomp tailgate, a tradition brought back from the 1950s to celebrate the 100th Homecoming.