Parents, businesses upset over timing of I-70 re-pavement 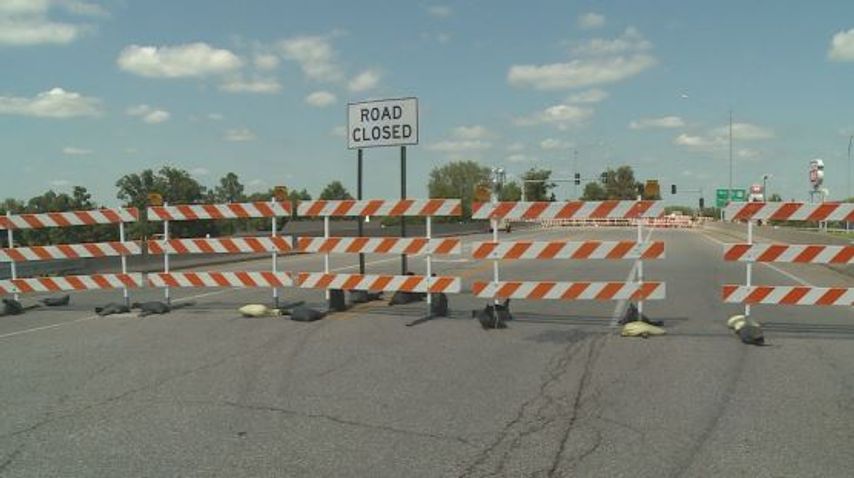 COLUMBIA - The re-paving of I-70 near the Lake of the Woods exit is upsetting some of the people who live, travel, or work in the area.

Since Sunday, MoDOT has been re-paving and restoring parts of I-70 near the exit. This has brought the westbound traffic down to one lane. Traffic is also being directed onto the exit ramp to ease the congestion, but the exit has been closed for repairs throughout the week as well.

The timing of the work has left some people puzzled, as the exit is the main access point to Battle High School. School just started Tuesday in Columbia, causing an increased amount of traffic in the area.

Drivers said this is especially troublesome during rush hours, as school starts at 8:55 a.m. and ends at 4:05 p.m., which is right during and before the respective rush hours.

Rachelle Freeman, whose son is a student at Battle, said the timing of the construction is not ideal.

"It's been a real bad inconvenience for everyone," she said. "The traffic is just horrible. It takes too much time. They should've done it before school even started. It was bad judgment on their part."

The work on I-70 has also closed the bridge over I-70 at the exit, leaving the exit unusable.

This has caused workers to take longer routes to work and has also led to a noticeable decrease in business. Nicholas Godas, who helps run George's Pizza and Steak with his dad, George Godas, said their business has been affected by the road work.

"It's so hectic and so out of the norm," Godas said. "I'm used to getting in at 10:30, and by 11 we have cars coming in ready to go. This past Sunday, though, we were sitting there till 11:30, 11:45 waiting for someone to come in until a regular customer came in, saying he didn't know how to get out here. So we noticed this was going to play more of a role than we thought."

Godas also said having this work, combined with hundreds of high school drivers going to and from Battle, creates unsafe driving conditions.

"With the high school, this is one of the most important areas for safety," Godas said. "You have kids that are 16 years old just getting their licenses, so to be around this much traffic and this much congestion, as a new driver, they're not used to it. I think it's very dangerous for the people who don't know what they're doing."

Work is expected to be done by August 24.