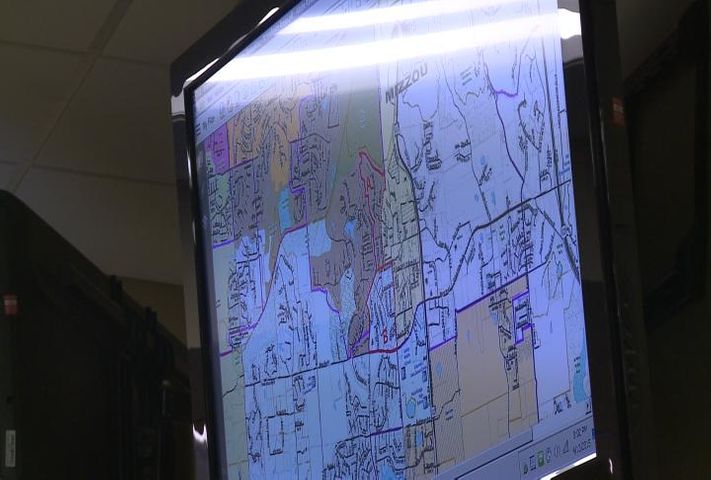 COLUMBIA - A Columbia mother stifled happy tears while another sat back in disbelief as the Columbia Board of Education approved updated attendance areas for its district Monday night.

The redistricting - and high emotion - came as Columbia Public Schools prepares to welcome Beulah Ralph Elementary School students to Columbia's newest campus. The school is in the southern part of Columbia and is being built to accommodate for growing communities in the area.

"It's no secret that on the southside of town we've been addressing overcrowding in several of our schools," district spokesperson Michelle Baumstark said.

The board debated a proposed amendment to the suggested boundary map in light of a suggestion made during the public comment portion of the discussion; however, the board denied the amendment. The mother whose comment sparked the discussion said her children will no longer be able to walk to school under the redesigned attendance areas. She did not wish to give her name but said she was disappointed in the decision.

Board of Education President James Whitt said the board is happy with the decision reached at Monday's meeting but understands the stress boundary changes can create for local families.

"We understand that," Whitt said. "But that's the part of our community that's growing. We're constantly adding students to our school system and because of that we're building new facilities to educate out kids. Whenever you do that, you have to change a school's attendance areas. It's going to impact families, and that's always tough when things don't work out like you thought they were going to work out."

The new attendance areas will also allow the district to stop use of 11 classroom trailers, seven from Mill Creek Elementary and four from Russell Boulevard Elementary.

In addition to approving the suggested attendance areas, the board also elected its newest president and vice president. Outgoing president Christine King will remain on the board, but Whitt has taken over as president. He said he looks forward to continuing the work the board has done so far and hopes to invest special energy in helping kids that are struggling.

"We know that we've got some tough issues we've got to tackle," he said. "We do a really good job of educating our kids, but we have some that we've really got to do a little extra for to make sure they're included."

Families impacted by the attendance area changes will receive information on the changes for 2016-2017 school year. For a map of the approved boundaries, click here.

The board will meet May 11 for its next regularly scheduled meeting.