Parents, kids have fun and learn at Kid City Mid-Missouri 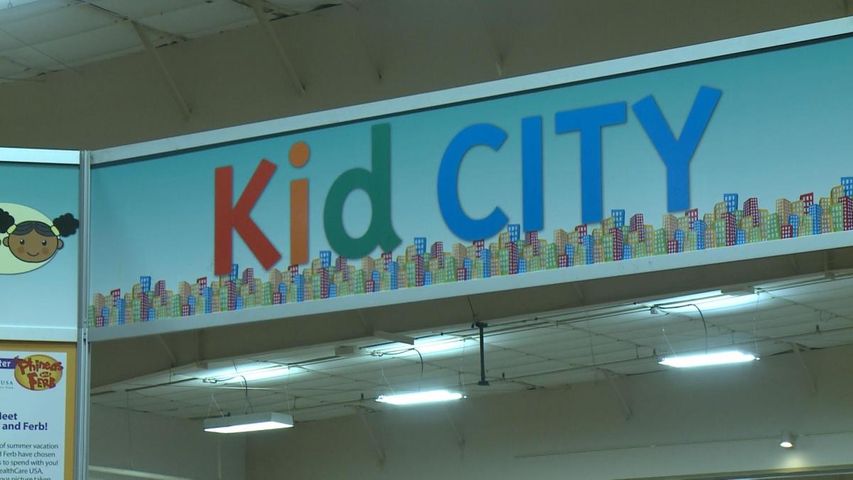 COLUMBIA - Mid-Missouri families beat the heat Saturday at an indoor event for kids and parents.

The fourth annual Kid City Mid-Missouri was held at the Holiday Inn Convention and Expo Center Saturday from 9 a.m. to 3 p.m.

Families from all over mid-Missouri had the opportunity to have fun and also learn from the various booths set up at the event.

Kid City Mid-Missouri creator Gary Lerner said the event is unique because there's something for everybody in the family.

"What we decided to do as an organization is put together an event where we can bring the best family-focused resources under one roof, so it can help you become a better parent," Lerner said, who is a father of two himself. "But at the same time, if you're going to do something like that and you bring your kids, there better be something fun for the kids to do."

And there was plenty of fun for the kids. They could play games, get their faces painted, shoot soccer goals and jump in bounce houses. There was also plenty of candy to go around.

Tina Meier, the founder and executive director of the Megan Meier Foundation, was invited to Kid City to talk to kids and parents about bullying, cyber bullying and the importance of Internet safety.

Meier's daughter Megan took her life in 2006 after being cyber bullied by an adult neighbor posing as a teenage boy online.

At the booth today, Meier talked to parents about the signs to look for if their children are being bullied and gave kids tips about what to do if they feel like they're being bullied.

She said events like this are the perfect opportunity to start the conversation between parents and kids.

"This is where you're going to get a lot of the families," Meier said. "And these types of events like this, it's just phenomenal because we can start that conversation much earlier."

For kids at the booth, Meier had a canvas with a tree painted on it saying "Bee Kind, Bee a Buddy," and had kids use their fingerprints to add leaves to the tree after taking a pledge to be kind and use nice words to everyone.

If you missed Kid City this year, Lerner said his goal was to come back again next year.

"We keep doing it because the feedback that we get from people that come, to see the looks on kids' faces, to see mom and dad almost tuckered out," Lerner said. "It's a successful event."