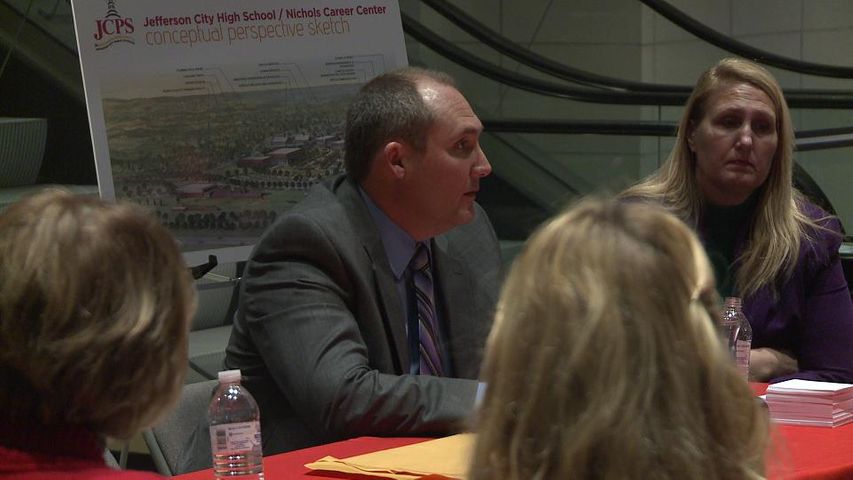 The current plan is for a new, replacement high school to go up at Highway 179 and Mission Drive. The school would have seven academic buildings, connected as one with one entrance for safety reasons.

Proponents of the plan said more money can be focused inside the classroom, creating more opportunities for students. However, opponents of the current plan want two schools instead of a "mega-school." Some fear students could get "lost" in the system.

Superintendent Brian Michael said if a funding bond is passed on the April ballot the school would be able to hold students for the next 30 to 40 years due to Jefferson City's low growth rate.

The new school would be able to accommodate 3,500 students with room for expansion.

Another forum is scheduled for 7 a.m. Friday at the Miller Performing Arts Center.