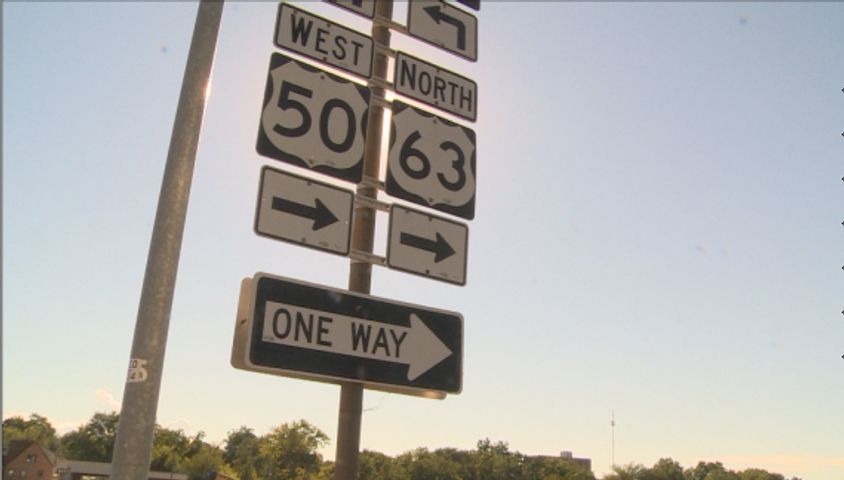 JEFFERSON CITY — The Clark Avenue bridge, the last piece of the Lafayette Street Interchange puzzle, will close Monday for resurfacing and repairs. The estimated completion time for the project is 45 days.

The project is one of six on the Highway 50/63 corridor that aims to improve traffic flow around Jefferson City. In all, the Lafayette Street Interchange project totals nearly $20 million.

Patty Lemongelli,a MODOT engineer, said the congestion caused by the Clark Avenue interchange closing will be tolerable with the Lafayette interchange now open.

"Well, it will impact some of the folks that live there in the Clark Avenue area," Lemongelli said. "We were not going to close the overpass until we completed the Lafayette Interchange because that allows another area for folks to go north and south."

Some parents at Art of Martial Arts on Miller Street, which lies between the Lafayette and Clark projects, think otherwise.

"Before that bridge, Lafayette was re-opened, this road was supposed to be closed," Stock said. "We had a road closed sign, so it was just open to the residents and the business, and I don't know how many times people would just ignore that and just go down and they'd get almost to the end before the road is closed."

Joanne Lehmuth is another parent at the martial arts center who has concerns about traffic and detours in the area.

"We just realized the Clark bridge is closing, and I'm concerned that the traffic around here is going to be a little bit thick," Lehmuth said. "Plus, when Lafayette was closed, people would fly down this way."

No matter what way you choose to travel around Missouri, Lemongelli urges drivers to focus on the road and obey road work signs.

The on- and off-ramps on the Clark Avenue bridge will remain open until Oct. 3.