Parents react to student with handgun at Smithton Middle School 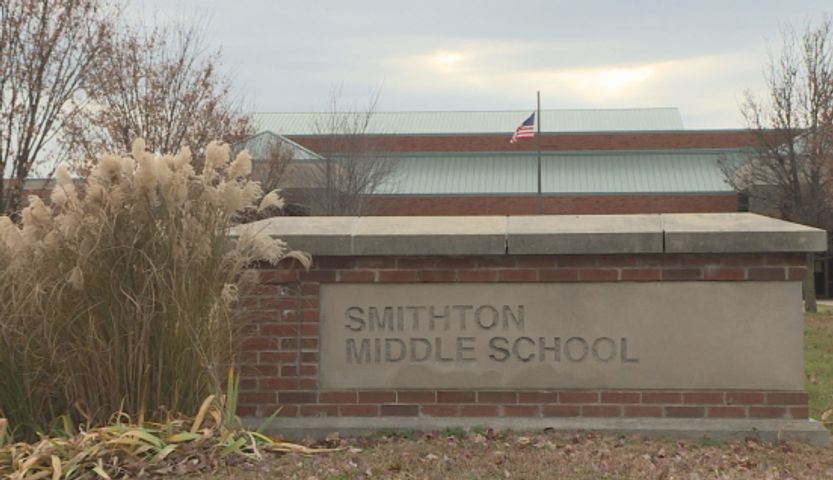 COLUMBIA - Some parents are voicing concern about how Columbia Public Schools communicated about a middle school student with a handgun.

According to an email sent to parents, officials believe the 13-year-old student carried a handgun in their backpack during the day Monday. The gun was discovered on Smithton bus 232 after another student informed the bus driver about its presence.

Smithton sent the email to parents at 3:34 p.m. Monday.

One parent, Sam Horn, said he would prefer the school to send text alerts to cell phones during similar scenarios.

"As a parent communication is priority. I think that I probably would have rather received a text message instead of an email over this so I knew right when it happened," Horn said.

He said he does not regularly monitor his email, but heard the news from his wife who does.

According to schools policy, staff will alert parent via text messages, email and/or phone calls. The school did send text alerts to the parents whose children ride bus 232, and sent an email to all Smithton parents around 4:30 p.m.

Horn said he doesn't feel there is much more the schools could be doing to prevent similar situations.

"I can't really say there's a lot the school can be doing. We're looking at options of the school overstepping boundaries of privacy and instilling metal detectors and things like that," Horn said. "I would really have to focus the responsibility on this back on the parents or the supervision that's being provided to these children at home."

According to the Columbia Police Department the gun the student was carrying was loaded. At the time of the incident an officer took the student into custody for Unlawful Use of Weapons Felony.

The student has since been released to the juvenile office.

According to Columbia Public School policy, students who bring weapons onto school property are subject to one calendar year of suspension.

[Editor's note: This story has been updated to reflect a response from the school's spokeswoman. She said a text alert was sent to parents whose children ride Smithton bus 232.]