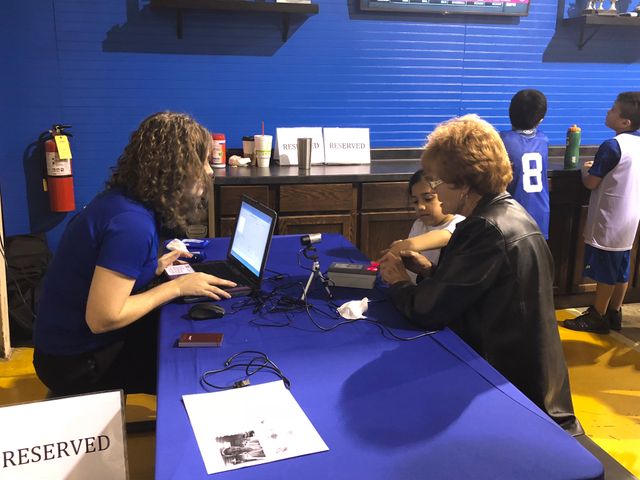 COLUMBIA - When it comes to the safety of your children, you can never be too careful, at least that's what Operation Kidsafe believes.

"I have children that go to the Jefferson City public schools and we noticed in December and January that we had two attempted abductions in Jefferson City," Angela Boyer, the event's organizer said.

Boyer, who works for Nationwide Insurance, said Operation Kidsafe reached out to her and she agreed to organize the event.

"It's a scary thing," Boyer said. "We do insurance, so we protect the important things to you, but there's somethings you can't protect, and that's children; I mean you can't be there with them every minute of the day," she said.

On Saturday, parents from all over mid-Missouri came to Synergy Sports to take advantage of the free service.

At a Kidsafe event, children have their picture taken and then get their fingerprints scanned. A digital record is received in a database, printed out for the parents or guardians, and then quickly deleted, so no record of the visit is kept.

The organization encourages parents to keep fingerprints and an updated photo on file so they can give it to the police in case of an emergency.

Manav Nayyar, a father of two, said he decided to get his children's fingerprints taken because of the free and private database, but he also said it's better to be safe than sorry in case his son or daughter ever got kidnapped.

"God forbid something like that happens," Nayyar said. "That's the reason I thought of keeping it with me."

Along with their children's fingerprints, parents also get important facts they should tell their children when it comes to safety and tips for children if they become lost or are home alone.