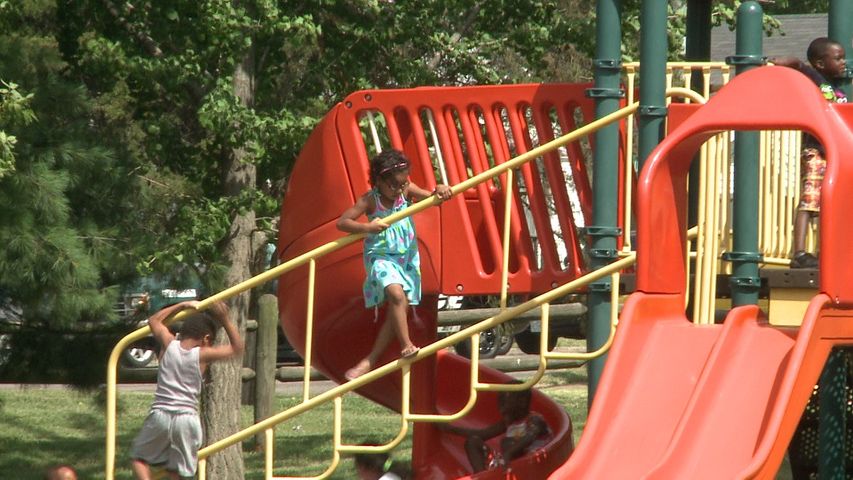 COLUMBIA - The first week of "Lunch in the Park" at Douglass Park wrapped up Friday.  This week's event concluded just two days after the Citizens Police Review Board held a meeting where it discussed the crime-filled reputation associated with the park.

The event will be put together every week by volunteers with the Voluntary Action Center and the Columbia Health Department.  Organizers say every day during the week between 40 and 60 children, ages 2-18 years old, came out to the park for a free lunch.  The event is open to all children in the Columbia area who meet the age requirement.

Organizers setting up the lunch told KOMU 8 they expect the amount of children attending the event to increase in the next three weeks, once summer school is finished.

One organizer who works at the Voluntary Action Center said the event is important to the Columbia community.

"There are hungry children out there and what we do is to make sure they are offered at least one meal everyday this summer. It's great knowing the work we do really helps those kids," said Ron Schmidt, who serves as Project Director at the center.

The Citizens Police Review Board met Wednesday and discussed the park's reputation as a crime-ridden area.  A Parks and Recreation member and Douglass Park Little League Baseball Coach, Sam Brady, spoke to KOMU 8 and said he thinks the reputation the park is given is "unfair."

"The reputation we get here is completely unfair.  You can bring your kids here and you can enjoy the park. People are getting along and have been ever since we started trying to improve the park image this summer.  It's no different than any other park," he said.

Brady is working to hold kid-friendly and family oriented events next month.  In the past two weeks he put together two "Cops and Firemen Vs. Kids Baseball Games."  The events turned out more than 100 people and since then, Brady says the presence of officers in the park has increased.  He added he sees many community members and officers interacting in more respectful and "healthy" ways.

Cheryl Harris works for the Columbia Health Department and organized lunch in the park everyday this week.  She said the turnout for lunch in the park has been consistent throughout the week.  She added she hasn't seen any incidents of crime or violence in the park on any of the days she has volunteered.  She hopes events such as Lunch in the Park will change the public perception of the park.

"It's a beautiful park for the children to play and for adults to come and sit under the shelter and visit with each other.  So I hope it changes for everybody," she said.

An organizer for the Voluntary Action Center said the event is important to the Columbia community.

"There are hungry children out there and what we do is to make sure they are offered at least one meal everyday this summer.  It's great knowing the work we do really helps those kids," said Ron Schmidt, who serves as Project Director at the center.

In the past three months, two shootings have occurred in the North Columbia area. Brady says he is upset because many people he has spoken with associate those shootings directly with the park.  He told KOMU 8 he believes the park is used as a landmark for crime in the surrounding areas.