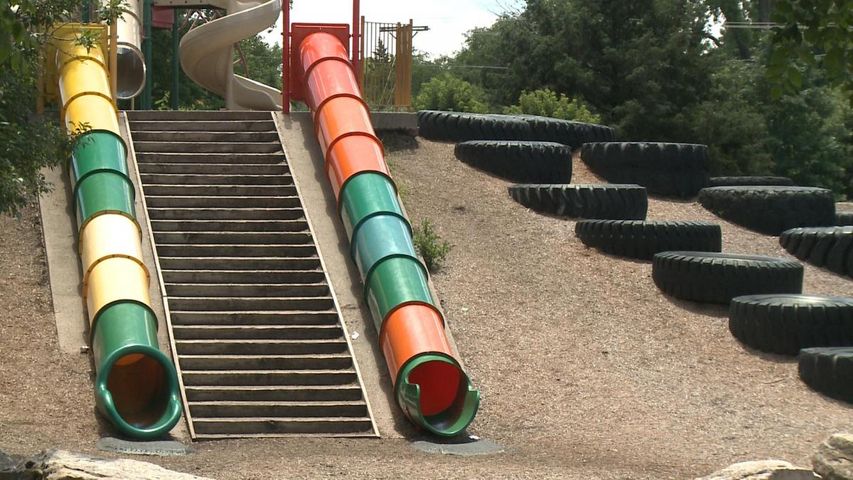 COLUMBIA - City park officials said plans to renovate the Steinberg Playground at Cosmo Park are almost finalized. Columbia Park Service Manager Gabe Huffington said there will be a meeting this summer to announce the plans to the public and hear ideas about what residents want added to the park. Then after the plans are complete, they will go before the city council to be approved. After that, construction on the park will begin sometime in the fall.

"We want to wait until kids are back in school in the fall," Huffington said. "We wouldn't start construction in the summer because the park is so crowded and we don't want to shut it down during its busiest season."

Huffington said the park upgrade should be completed by next spring, and will look entirely different.

"We're looking at calling it the Steinberg Time Machine, and have a dinosaur-themed section of the park, then turn into a space and time travel area as well," Huffington said. "Playground manufacturors nowadays make a lot of really cool play features for kids and we want to incorporate as many as possible and make this park as fun for kids as possible."

Huffington said since these are is taxpayer dollars at work, the parks and recreation department wants the community to have as much say in the renovations as possible.

"We're looking for input whether they think the slides should be bigger, or we should have more swings, or more seating areas for adults, those are the types of things we're looking for," Huffington said.

Many parents at Steinberg Park said it was by far their children's favorite park in Columbia. They had not yet heard the park was due for renovations, but said they were excited by the idea.

"I never realized how old it was, but now looking around, I can definitely see that it's pretty dated and could use some renovations," said Shelly Clement.

Clement brings her 4-year-old son to the park often and said it is their favorite park in Columbia.

"I would never have complained about the state of this park but now that I know it's going to be renovated I'm very excited to see some updates," Clement said.

And she doesn't mind taxpayer dollars funding the construction.

Huffington said if anyone has ideas or concerns about the renovations plans for the new playground they should keep an eye out for the interested parties meeting that will be held at the Steinberg Playground sometime in July or August. When the meeting's official date and time are decided the information will be posted here.