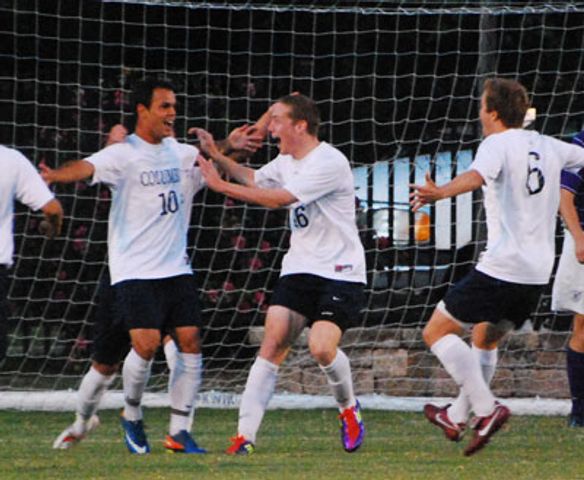 COLUBMIA - The Cougars lost a heartbreaker Thursday, falling to Park University in American Midwest Conference (AMC) postseason action, 2-0. Columbia moves to 15-3-1 on the season. Park will advance to play Hannibal-LaGrange University on Saturday, Nov. 12 in the AMC Championship game.

Both teams failed to score until the second half when Park's Dawit Gebremariam found the back of the net off an assist from George Kennedy. Kennedy gave the Pirates the extra advantage in the 81st minute with their second goal. The Cougars were unable to respond in time giving the Pirates the 2-0 victory.

Matt McKenna took the loss in goal. The Cougars posted four shots on goal in the game.
Columbia will await the release of the final Top 25 poll on Sunday, Nov. 13 to find out their fate for the NAIA National Championships.