Parking app users to save during the holidays 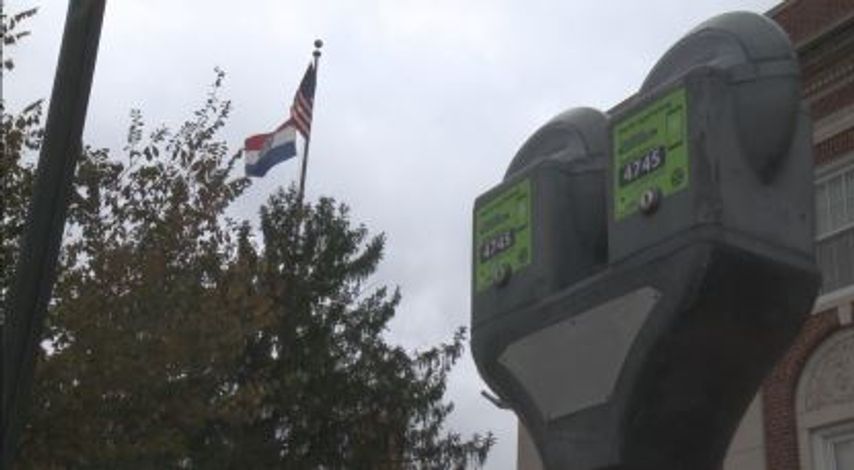 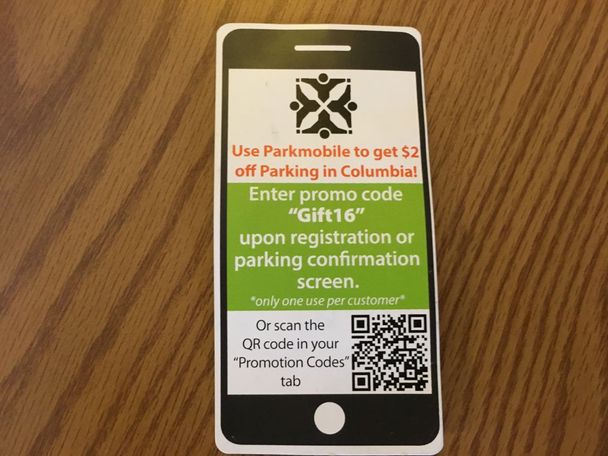 Columbia is distributing cards as a way to spread the message and provide a quick QR link to the promotion. 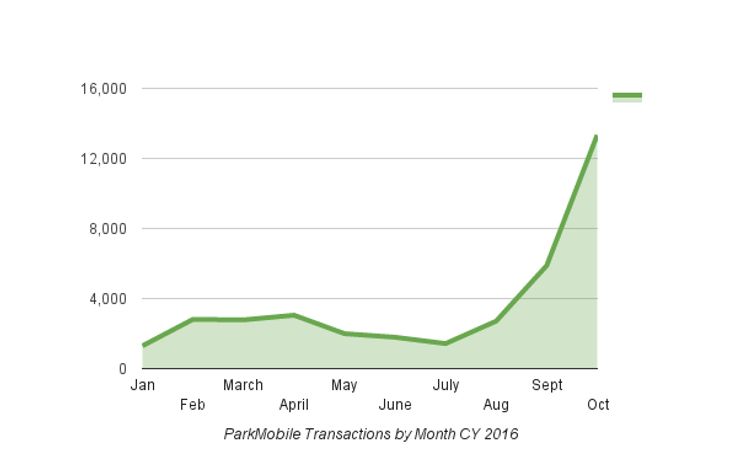 This chart, provided by City of Columbia Transit and Parking Manager Drew Brooks, highlights the exponential growth of Parkmobile transactions in Columbia. 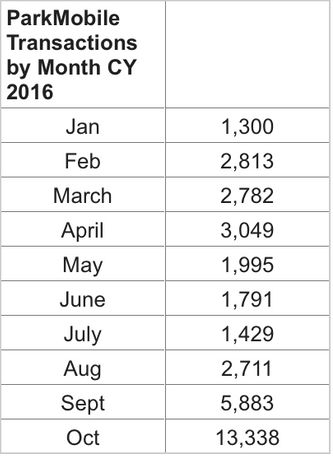 The last four months have seen the number of Parkmobile transactions double each month. The city hopes this trend will continue with the promotion.

COLUMBIA - People who use the ParkMobile app for downtown parking will save money over the holiday season.

The city announced today that it will provide a $2 discount and wave the 45 cent transaction fee for those who use the Parkmobile app beginning this Nov. 5. To access the discount, users can enter the promo code "Gift16" or scan a QR code under the promotions code tab.

The promotion will run through Jan. 1, 2017 and can only be used once per customer.

"We wanted to see if we could try to incentivize people to try out the app and use it," City of Columbia Transit and Parking Manager Drew Brooks said.

"What we found is that people who do use the app really really like it."

Columbia resident Holli Carr said she had not heard of the Parkmobile App but is not againist the use of the technology.

Brooks said usage of the Parkmobile app in Columbia has doubled each of the last four months and he expects the promotion will continue the trend at limited cost to the city.

"What Parkmobile has seen in other cities where they've done this type of thing, they've actually seen such an increase in usage after the event that it usually offsets any loss."

Parkmobile can be dowloaded for free to mobile devices from Parkmobile.com or the app store. Users then enter their license plate, payment method, and other information.

All of Columbia's downtown has parking meters with green stickers that signify the Parkmobile app can be used. The stickers have a zone number that is used to pay on the app.

"This is just one more option more people to pay for the meters," Brooks said.

The app allows users to enter money into the meter from anywhere over the phone and sends notifications when time is about to expire. It accepts PayPal, Visa, Mastercard, Discover, American Express, and Parkmobile Wallet.