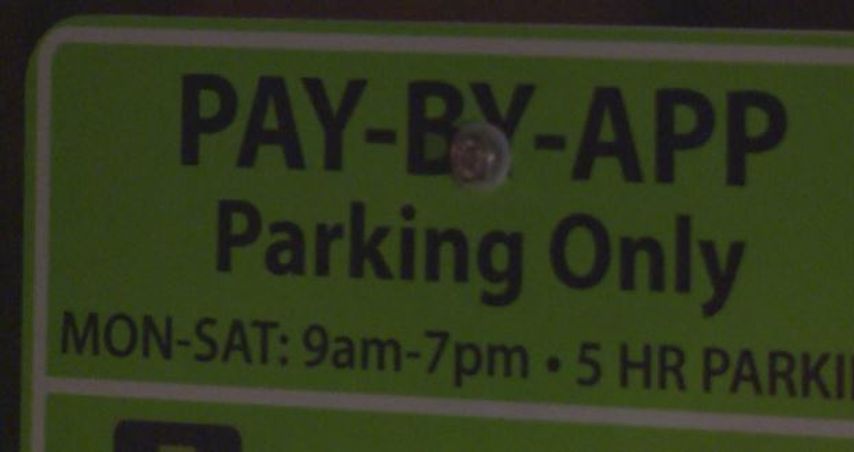 COLUMBIA - Some parking spots on University Avenue are now available only for certain drivers.

The spots no longer have meters that accept coins, instead charging users via the app Parkmobile.

It's part of a 6 month pilot program to see if residents would be willing to use an alternative method of payment other than coins or, in some instances, credit cards.

Columbia resident Kristen Cowan thinks the app is a way to make paying for parking easier.

"I think it would be easier because I have to go to the grocery store a lot to get a role of quarters just to like get through a few months of parking," Cowan said.

Cowan doesn't currently use the app, but after learning how it works she said she would prefer Parkmobile.

There are several spots in the pilot program that allow for users to pay with change, card or app, but these select spots along University Avenue only allow for app users.

"I think it's better to have both options," Cowan said "but I think people will get used to it."

The Parkmobile pilot is not available for all parking spots in downtown Columbia.  The two main areas which include the app are the 1100 block of University Avenue and the 300 block of 5th Street.