Parking spaces downtown put to creative use on Park(ing) Day 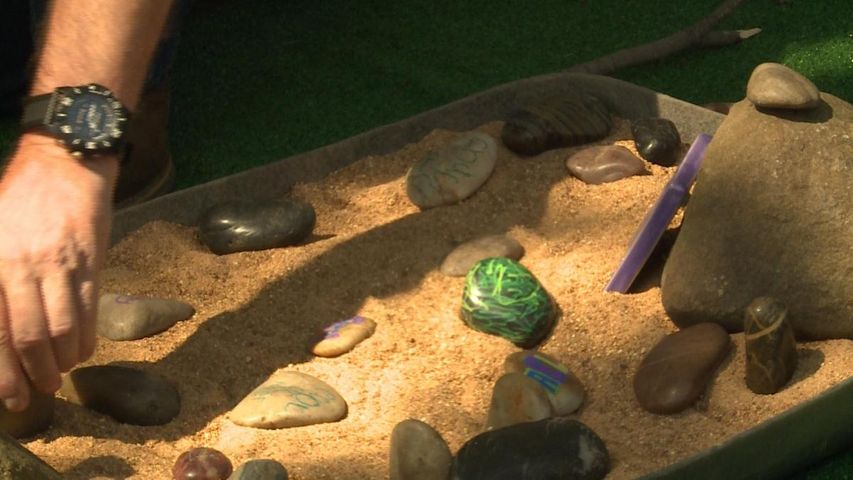 COLUMBIA - Shadows fell on the west side of Ninth Street while curious patrons embraced the late summer sun and check out the nearby parking spots.

But the spaces were in a different kind of use Friday. Instead of cars, there are games, rock gardens, benches and tables.

Friday was International Park(ing) Day, a chance for downtown to open up temporary social areas and green spaces to build community relations. Spaces could be rented for $8 for the day.

Not only is it the weekend of a home football game, but it is also Family Weekend for University of Missouri.

Some residents were initially worried the parking spots would cause issues throughout the day, but Amy Lake said she thinks those concerns can wait.

"Parking downtown is so fantastic," Lake said.  "To devote a couple of spaces to something like this that's interesting and gets people out of their normal space makes people think about something different for awhile, I think it's great."

Lake bought a spot in front of Teller's near Broadway on Ninth Street.  But she doesn't own a store downtown. She sat outside since 8 a.m. to raise awareness for epilepsy. Her 10-year-old daughter suffers from the disease.

Lake said she wanted to bring serenity to downtown, so she set up chairs around a sandy rock garden for others to enjoy.

Janet Godon, a Get About Columbia outreach coordinator, said the event  should put any community parking concerns to rest.

"We've had about 90 people come in and visit our parklet today that have come in and interacted and had a seat and decided to go into a restaurant, or a retail location, to buy things."  Godon said.

She said fewer than a dozen people used nearby spaces for actual parking.

Park(ing) Day was originated in San Francisco, but this is the first time Columbia Parks and Recreation has done it.  Godon said local business owners were pleased with how the day had gone and would love to do it again next year.