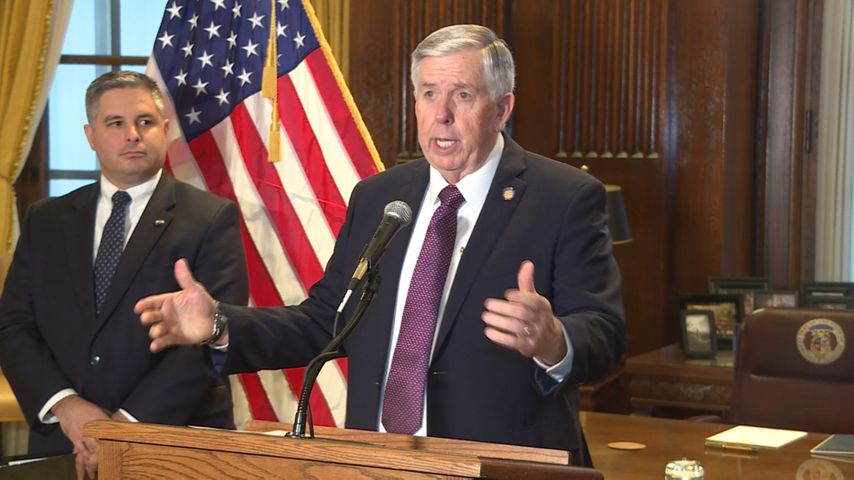 JEFFERSON CITY - Gov. Mike Parson on Thursday announced the restructuring of state agencies in his quest to highlight economic and workforce development.

Parson, a Republican, highlighted the issues in his State of the State address Wednesday and signed executive orders Thursday for the reorganization.

In a news conference, Parson announced both the Division of Workforce Development and the Missouri Economic Research and Information Center would be transferred to the Department of Higher Education.

"I really want to make substantial changes to the state government, so we can be more efficiently and really deliver for the people of Missouri," he said.

Parson said the changes are being made so the Department of Economic Development, which housed the Division of Workforce Development, can focus on bringing jobs to the state.

The Department of Economic Development would go from 865 employees to 165, Parson said.

Higher Education Commissioner Zora Mulligan said the change will allow her agency to help people get a job after high school.

"It brings all of those resources under a single roof and allows us to really focus on what we're doing to meet the complex and diverse needs of our state's employers," she said.

The focus of the Department of Higher Education must go beyond focusing on degrees to helping people get apprenticeships or credentials, she said.

Months of research and feedback from nearly 4,000 Missourians went into the changes, according to a release from the governor's office. The research found Missouri was lagging behind other states in economic development measures.

Rob Dixon, the director of the Department of Economic Development, said the restructuring will help the state be more competitive and develop unique strategies for economic development.

The Office of Public Counsel and the Public Service Commission will be transferred from the Department of Economic Development to the Department of Insurance, Financial Institutions and Professional Registration.