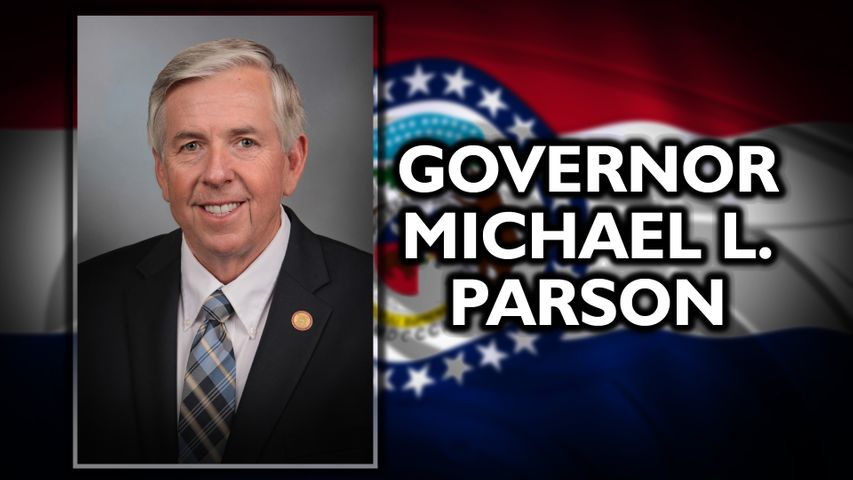 JEFFERSON CITY - With a message of hope for the state, Gov. Mike Parson took the oath of office Friday, taking over from Eric Greitens, who resigned in the midst of two scandals.

Parson said, "now is the time to come together" in a fresh start for Missouri.

"My pledge to all Missourians, to work hard each and every day to bring honor, integrity, transparency to the governor's office," he said.
Parson promised to be open to ideas on how to improve the state government.
"I believe now is the time for Missouri to come together, to work together and to help one another."

The ceremony was short and came just half an hour after Greitens' resignation became final.

The Church Service
Before he took office, Parson went to a service at the First Baptist Church in Jefferson City.
Rev. Billy Russell, pastor at the First Baptist Church of Bolivar, described Parson as a bridge-builder.
"We see the hand of guidance and providence bringing you to this place today," he said.
Russell said he believes Parson will govern with "integrity, wisdom, and great patience."
Both the church service and the swearing-in ceremony were private events. Some member of Parson's religious community came to church to support him.
Dale Cox has known Parson for about 20 years.
"He is in our Sunday school class, so I've known him several years there," he said. "And when he ran a shop there in town, an auto shop, gas station worked with him there a little bit."
Cox describes the new governor as a "servant leader."
"I think he would wanna listen to people, and I think he would want to think about what he is doing before he jumps in and makes some decisions," he said.
Jannis Keeling has known Parson for 34 years.
"When my husband and I first move to Bolivar, that's when he owned the gas station where we always stopped and got our gas," she said.
Keeling said people should be confident about Parson's leadership abilities.
"His purpose in wanting to be into politics is to help Missouri, and make good decisions for all the people of Missouri," she said.
The Last Day of Greitens' Governorship
Before leaving office, former Governor Eric Greitens signed 77 bills into law, related to health, labor, education, business, among other topics.

One notable bill Greitens signed was HB 1558, which creates the offense of nonconsensual dissemination of private sexual images.

One reason Greitens resigned centers a non-consensual photo. A woman says he took a picture of her partially nude and threatened to use it against her. Greitens was charged with invasion of privacy, but that charge was dropped. He denies blackmailing the woman.

In addition, he issued five pardons and commuted four sentences.

In a statement, Greitens said, "Our top priority has always been getting results for the people of Missouri, and our strong agenda has taken Missouri in a new and better direction. Today, I'm proud to put my name on many important laws and bold reforms."

Parson said he had not spoken with Greitens Friday, but reached out to him the day before with no response.

Parson said he is ready to take up where Greitens left off.

"We should be able to hit the ground and get started as being the governor of the state of Missouri," he said.

Parson got just three days notice to work on his transition.

"When people normally have 60 days, or 90 days, to somewhat get an idea of that transition period, we're doing it in two or three days," Parson said.

He said many Missourians have been welcoming to his transition as governor.

"We have people across the state of Missouri that's reached out, actually from both sides of the aisle, to say, 'Whatever I can do to help, we will,'" Parson said.