Parson on Columbia violence: it's a community effort 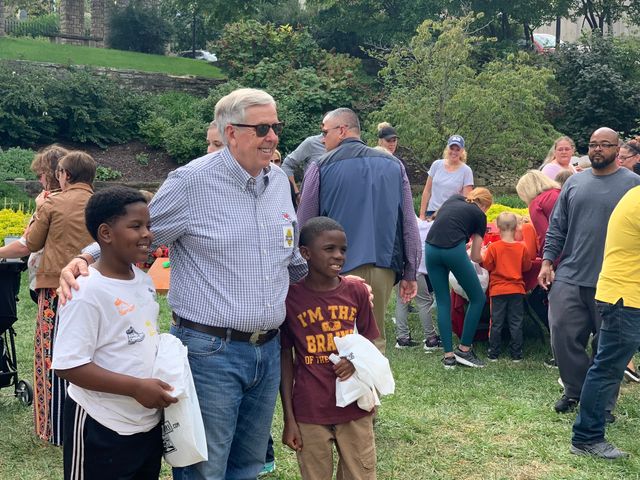 JEFFERSON CITY - Gov. Mike Parson said he will do everything he can to help communities deal with gun violence but said the issue is ultimately in the hands of individual communities.

"The big thing is we have to figure out how we curb this violent crime in our state, and it is going to take all of us working together," Parson said in an interview Saturday with KOMU 8 News. "We need the clergy involved in it, we need our churches, we need everyone helping because we don't want Missouri to be known for violent crime."

Last month, Parson, a Republican, deployed Missouri State Highway Patrol troopers to St. Louis to help the city's police department curb violent crime. Asked whether or not he would do the same in Columbia, the governor said his office is looking at what role they can play in helping the communities.

"I don't think any one agency can do it by themselves, but when you take the state level, the federal level, and the local level, we know there can be success," Parson said.

KOMU 8 News asked Parson about the recent string of homicides in Columbia during his second annual Family Fall Festival at the Governor's Mansion. The festival featured children's activities like tractor rides and a maze as well as live bluegrass music.

"We are excited to have everyone here," First Lady Teresa Parson said. "The kids all have a great time and we do too."

The festival also included booths for most state agencies.

"It is really about making an opportunity for the kids to be here today," the governor said. "To learn about the state agencies that are here plus just about Missouri in general."