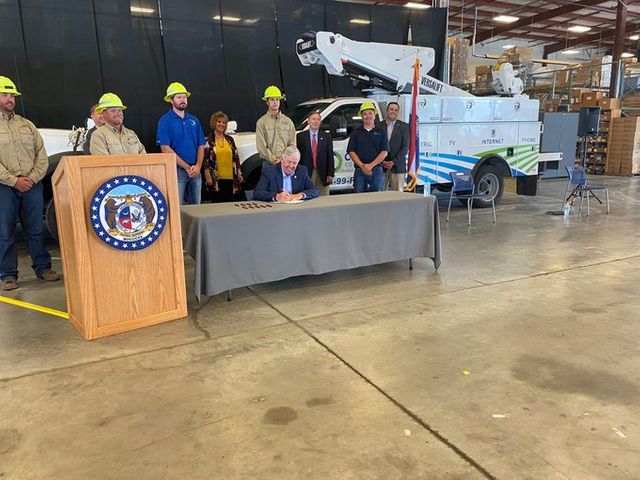 “Talk about jobs, talk about rural schools, talk about high school students...One thing you have realize: that is the future,” Parson said. “You got to prepare them for the future.”

Rep. Louis Riggs, R-Hannibal, sponsored HB 1768. His mother, Louise Riggs, said he is likely passionate about rural internet access because of his own experiences growing up in Hannibal.

“We lived in a rural area for 29 years, and I know how important it is for people who live in rural areas to have the same access as people in town,” she said.

“As a former preschool teacher, I understand how important it is for children to be able to have internet access, especially during the pandemic,” she said.

According to a news release, grant recipients who did not meet the speed requirement (25 megabits) “must repay any funds received through the program.”

During the governor’s COVID-19 briefing on Thursday, he also announced the state will be delegating $50 million of federal CARES funding toward broadband internet across the state.

"Ensuring Missourians have access to telehealth and education is critical during these times," he said. "These are not optional services, and we want to do our best to increase productivity across the state."