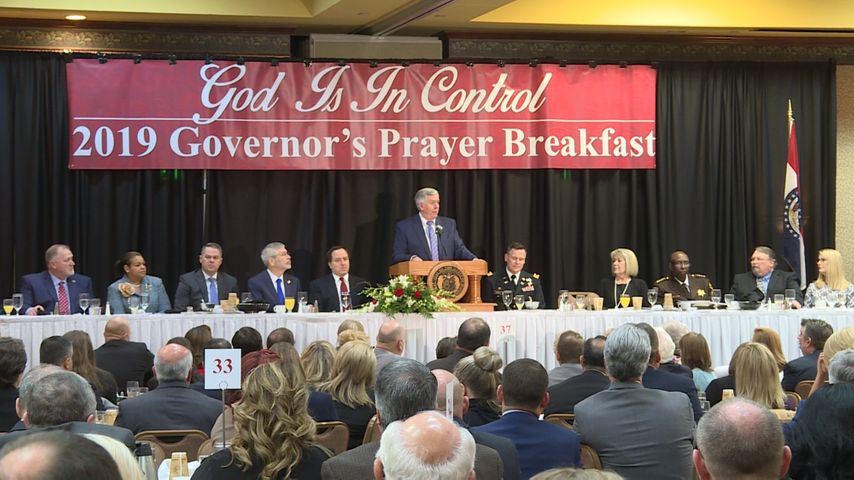 JEFFERSON CITY - Republican Gov. Mike Parson urged a room full of lawmakers, public servants and others in Jefferson City on Wednesday to lead by faith in their work.

As he spoke at the Missouri Governor's Prayer Breakfast, Parson said focusing on God will help move the state in the right direction.

Parson became governor in June after former Gov. Eric Greitens resigned. Parson thanked people across the state for keeping him on their minds.

"This year, needless to say, was quite a transition for us to become governor, but for the short seven months that I've been governor of the state of Missouri, there has been so many people across this state as we traveled have reached out to me and the First Lady and have wished us well," Parson said.

More importantly, Parson said, people have told him they are praying for him.

"People I've never met, I've never seen in my life, and they're coming up just saying that," he said.

U.S. Department of Housing and Urban Development Secretary Ben Carson was expected to be the keynote speaker at the breakfast, but he canceled due to the ongoing partial government shutdown.

As Parson spoke under the banner which said "God Is In Control," he said he wished "a lot of the federal government was here this morning."

"Regardless of what they're doing, they are not in control. Trust me, trust me. They are not on that," Parson said.